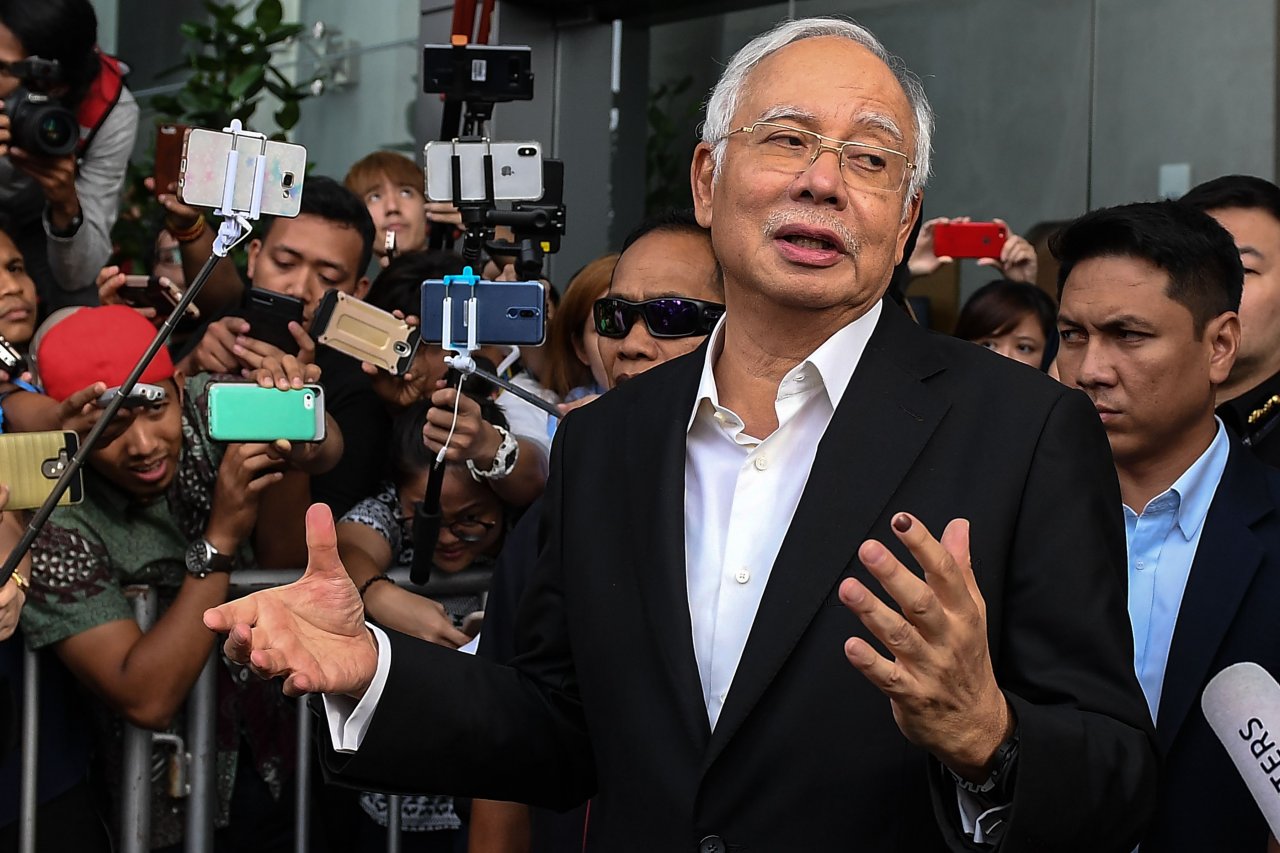 Malaysian police said Friday they found cash amounting to almost $30 million in a raid on a luxury apartment as they probed corruption allegations swirling around ousted leader Najib Razak.

The money was seized along with 284 boxes containing designer handbags, as well as watches and jewellery from a condominium in Kuala Lumpur, which was raided along with Najib’s home and other sites last week.

Najib’s coalition was thrown out of power for the first time in over six decades in the May 9 poll, defeated by a reformist alliance headed by his former mentor Mahathir Mohamad.

Public disgust at allegations of corruption swirling around Najib was a major factor for the loss, with the ex-leader, his family and cronies accused of looting billions of dollars from sovereign wealth fund 1MDB.

There has been much speculation about what the seized goods consisted of and their value after five trucks were reportedly brought in to help move the vast stash.

Giving an update, the police’s head of commercial crime Amar Singh said: “From the money found, there were 26 currencies, the total amount as of yesterday is 114 million (ringgit) ($28.6 million).”

The money was found in 35 bags while another 37 bags contained watches and jewellery, he told a press conference. The value of other items will be calculated later, he said.

The seizure of the luxury goods added to public scorn of Najib’s wife Rosmah Mansor, long reviled by Malaysians for her perceived haughty demeanour and reported vast collection of designer bags, clothing and jewellery.

Her love of overseas shopping trips, as middle class Malaysians struggle with rising living costs, added to a sense of spreading, deeply-entrenched rot in the country’s long-ruling elite.

The couple’s fall from grace has been swift and hard.

They have been barred from leaving the country and the ex-premier has been questioned by anti-graft investigators over claims 1MDB money ended up in his bank accounts, and looks likely to be charged.

Najib and the fund deny any wrongdoing.