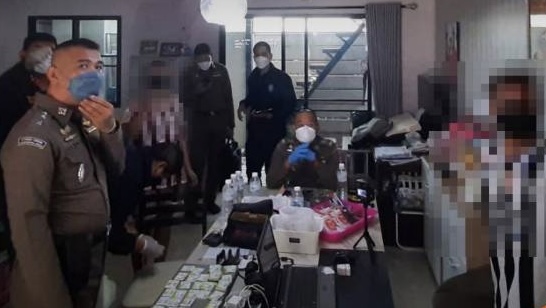 Pol Gen Torsak Sukvimol, the deputy national police chief, said that the SIM cards will be checked, to ascertain whetherthey have been used by call centre scam gangs.

He said that people who have sold their SIM cards to scammers or bought cards on their behalf may also face prosecution as accessories.

With the loan of a dog, from Operation Underground Railroad Thailand specially trained to detect electronic equipment, the TCSD managed to seize 1,700 SIM cards and 12 mobile phones from a house on Kanchanapisek Road in Bang Khen District.

The fourth raid, on a house in Nonthaburi Province, did not find anything illegal.

Call centre scam gangs, many of them operated or financed by Chinese nationals, hire Thai staff and use SIM cards registered in other people’s names to call potential victims. They trick them into providing their ID card numbers, personal information or credit card numbers, through intimidation or coercion by claiming to be police officers or officials from the Department of Special Investigation.

Armed with the personal information, gang members then hack into their victims’ bank accounts and steal their moneyor lure them into transferring money to their nominees’ accounts. 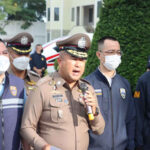 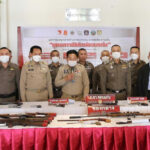