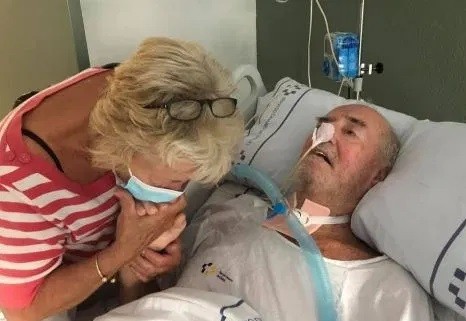 A BRIT holidaymaker is trapped in a coma in Tenerife after suffering a massive heart attack – forcing his wife to pay £200 a day just so she can hold his hand in hospital.

Former policeman Bill Annable, 75, was two weeks into a month-long stay on the holiday island when he suddenly collapsed in the resort of Playa de las Américas.

Now his wife claims a travel insurance mix-up has left her facing a £23,000 medical bill and without the funds needed to fly him back home to get the urgent respite care he needs.

Dot, 64, told The Sun Online her husband has been left with severe brain damage and is being cared for in a hospital on the other side of the island from their holiday apartment.

She now has to pay nearly £100 for a taxi each way so she can travel to see him and hold his hand even though, because of his condition, he has no idea she is even there.

Now the Sun reader’s family and friends have launched a £30,000 GoFundMe fundraising drive to pay for the air ambulance needed to fly him back home to get the respite care he needs.

Bill – who his wife said was “strong as an ox” – suddenly collapsed and cracked his head on the pavement as they walked back to their apartment on the morning of November 14.

Dot immediately cried out for help and within minutes an ambulance arrived on the scene – however things then went from bad to worse.

She told The Sun Online: “It was about 11am in the morning and we were walking back to our apartment when it happened.

“I looked back and saw Bill had collapsed on the pavement. A female doctor from a nearby hotel ran out and started to help.

“Then an ambulance turned up and two paramedics started to care for Bill as he lay on the pavement.

“There was blood coming out of the back of his head where he had hit his head on the ground.”

Bill, from Pontefract, was then taken to a nearby private hospital while Dot contacted her insurance providers for help.

After several hours they gave the go ahead for Bill’s treatment, Dot claims, and he was moved into an intensive care unit while Dot was told she should head back to their holiday home.

The next morning she returned to the hospital where medics told her an angiogram showed Bill had suffered a heart attack.

She then claims the insurers Avanti declined to cover the cost of her husband’s mounting medical bills because of his “underlying” health issues.

However, Dot insists they did not know Bill had any issues with his heart so they were not in a position to declare them.

She said a letter from his doctor proved this.

She said: “I was told they wanted to see his medical records. Bill had high blood pressure but that was it. He was strong as an ox.”

After four days, Dot found herself hit with a medical bill topping £20,000 and was recommended she move her husband to a hospital in the north of the island.

She then paid £600 to pay for a private ambulance to transfer him to the Candelaria clinic in Santa Cruz about 50 miles away.

Unfortunately it means she now has to take a taxi to and from her apartment at a cost of 200 euros.

Dot tearfully revealed: “He is in the heart ward but because of lack of oxygen – either from the fall or the heart attack – he now has brain damage.

“He doesn’t know I’m there but I sit with him and hold his hand. I can’t leave him, I just chat away and tell him stories.

“I travel to the hospital twice a week. I’d like to go more but it costs so much money.”

Dot and her friends are now trying to raise the cash needed to fly Bill back to West Yorkshire so he can receive the care he needs.

They have set up the GoFundMe page which has already raised more than £10,000 to get him to his local hospital – Pinderfields Wakefield.

Dot said: “He needs to come home so we can move on from this nightmare. He needs with his friends and family surrounding him. 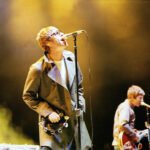 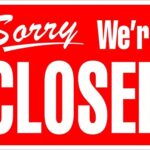 Closed from midnight with immediate effect