Police found the bodies with gunshot wounds at the property, owned by Cynda Miles and her farmer husband Peter, in Osmington, near the town of Margaret River in Australia’s southwest. Their daughter, Katrina Cockman, was identified as one of the victims, along with her four children, aged eight to 13. Two other adults were found dead outside the building, but they have are yet to be identified.

Just last month, Katrina had taken to Facebook to complain about her ex, writing: ‘My ex does not stop stalking me.

Western Australia state Police Commissioner Chris Dawson described the incident as a ‘significant tragedy’. He said two firearms were found at the scene and confirmed that at least some of the victims suffered gunshot wounds.

Mr Dawson added: ‘Based on what we do know, this is clearly a tragedy… Police located seven persons deceased. Four children and three adults.’

A neighbour told the ABC he had spoken to a man who lived at the property just hours before the bodies were found. He said: ‘I was talking to him on the phone last night, I was going to ask him to come over tomorrow. He seemed very vague.’ Police were called to the house at around 5.15am local time (10.15pm BST) by a ‘male person’ connected to the property.

Mr Dawson said: ‘The reason police went to the property was from a telephone call which we’ve recorded.’ Homicide detectives are currently assisting police, he said, adding that there was no danger to the public. Australia has not experienced such a mass shooting, defined as the death of five or more people, since 35 people were gunned down at Port Arthur in April, 1996. Osmington is about 260km south of Perth and a 10-minute drive east of the Margaret River township. 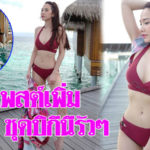