Police raided the offices of a major online lottery vendor on Friday as part of moves to stamp out the chronic overpricing of government lottery tickets.

In the crackdown on Blue Dragon Lottery, police confiscated 2 million lottery tickets from its head office in Nonthaburi’s Pak Kret district and a branch office in the Northeast Loei province.

PM’s Office Vice Minister Seksakol Atthawong, who joined the Nonthaburi raid, said 1.8 million lottery tickets were found inside a safe in the office.

Seksakol heads the PM-appointed working group tasked with tackling the problem of lottery overpricing. He added that another 200,000 tickets were found in the Loei search.

He said an initial investigation showed that the company, which has assets of more than 100 million baht, is not eligible for a lottery quota but has amassed large amounts of lottery tickets from existing quota holders and small sellers.

“We will thoroughly scrutinise this company to determine if any wrongdoing was committed such as money laundering or illegal gambling,” he said.

Meanwhile, assistant National Police chief Pol Lt-General Surachate Hakparn, who led Friday’s search in Nonthaburi, said the company sold lottery tickets for 90 to 105 baht each, which is far higher than the legal price of 80 baht per ticket.

He said the raid aimed to collect evidence as part of a police investigation for legal action against the company. Police will determine if the company actually holds the lottery tickets it sells online, otherwise, it will be charged with public deception.

Also, if it turns out the company is not an authorised distributor of lottery tickets, it will face illegal gambling charges, Surachate added. 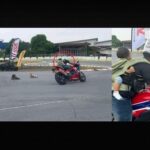 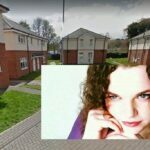