2 foreigners Die: Two Thai police officers have been punished after two men, a Vietnamese and a Cambodian, died in detention under their watch.

Athiwat Duangmani and Yongyuth Yosklang, senior officials of the Immigration Police Bureau in Suan Plu, a town in Bangkok’s Sathorn District, have received disciplinary punishment for the detention deaths of a 72-year-old Vietnamese man and a 55-year-old Cambodian man.

The men died in a detention room Wednesday morning.

Apart from their failure to ensure safety of the detainees, the police officers also failed to report the incident to higher authorities, Thanh Nien newspaper reported.

Both officers have been transferred to work in the border gate area.

The two deceased men were arrested in a massive crackdown by Thai police on illegal immigrants. They were held in the detention room with 13 others.

Although they were lying in sleeping positions, a fellow detainee noticed that they were not breathing and raised an alarm, The Nation reported.

An autopsy has been carried out but the exact causes of the deaths have not been revealed.

A number of illegal immigrants have died of various causes while in detention in Thailand in recent years.

Thailand has not yet ratified the United Nations’ 1951 Refugee Convention; and does not recognize the status of refugees and asylum seekers, who are dealt with as illegal immigrants and incarcerated.

Citizens of the Association of Southeast Asian Nations (ASEAN) can travel to all countries in the bloc without applying for a visa, but the maximum stay allowed is 30 days 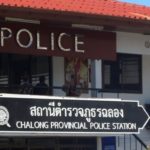 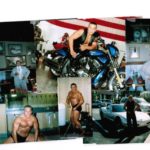