Surachet held a press conference at 1.30am on Friday to announce the outcome of the fifth “X-Ray Outlaw Foreigner” mass raid, which he said, aimed to find foreign criminals who disguised themselves as tourists. At the end of the operation, 17 were arrested for overstaying their visa –nine Indians, two Cambodians, two Pakistanis, one Chinese, one Myanmarian, one Kenyan, and one Egyptian. Surachet said five of had been living in Thailand for over two years. He said 91 of the arrested had entered the Kingdom without a visa –62 Myanmarians, 14 Laotians, four Cambodians, three Vietnamese, three Indians, three Pakistanis, one Belgian and one Australian.

Thirteen other foreigners were arrested on other charges – five Vietnamese, three Myanmarians, two Indians, two Britons and one French national. Surachet said police searched 49 educational institutes and 59 residences in the latest operation. So far, police have searched 2,346 areas and arrested 490 foreigners in five operations under the codename of X-Ray Outlaw Foreigner, he added. The operation had previously worn the codename “Black Eagles Operation” and focused on people from African nations. NTN EP 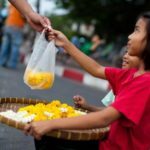 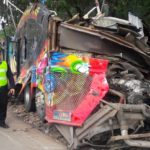