Schoolgirl teaches police how to clean a magnum.

A cute twelve year old Thai girl in school uniform shows police how to clean a Magnum in an incredible video from Chiang Mai.

The little girl – called Lisa – has been trained by her gunsmith dad to expertly disassemble and reassemble a whole variety of guns from police weapons to war weapons.

In the video she is taking apart a Smith and Wesson 686 Magnum .357. She takes just ten minutes to accomplish the cleaning job adeptly and calmly, reported Sanook.

Customer and Chiang Mai police constable Damrong Saenduangdee said: “Even though I am a policeman I can’t do what she can do. She is brilliant isn’t she?”

Lisa – a P6 student at Putthisophon School in the northern capital – said that she has been learning about guns from the age of nine. “Dad taught me,” she said evenly. “I can work on revolvers, shotguns, war weapons, M16s and rifles”.

Father Prajak Wasuwat, 51, said that he used to be a guest house owner and was even then the owner of a lot of guns. He learnt all about them and then decided to change his profession to become a gunsmith eight years ago.

Now he runs a mobile “gun spa” travelling around Chiang Mai to different police stations cleaning weapons and doing repairs for the cops. And often he has his daughter with him.

He said he had taught his daughter about the danger of guns. There were always a lot in his home and it was important that she knew how to handle them for safety reasons. 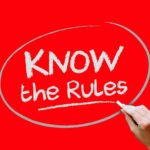