Home » Over 10 snakes found on the bathroom roof of a restaurant.

The Sriracha rescue team traveled to the concerned restaurant right away. When they arrived, the rescue team discovered a large group of green snakes living under the corners of the roof structures. They suspected that the snakes were using the restaurant bathroom as a permanent residency for their family.

One restaurant staff stated to the rescue team that at about 10 pm to noon every day over 10 snakes would come out of their hiding spots and rested in the spot between the men’s and women’s bathroom. This has caused great fear to the staff and has resulted in staff avoiding to use the bathroom during those times. 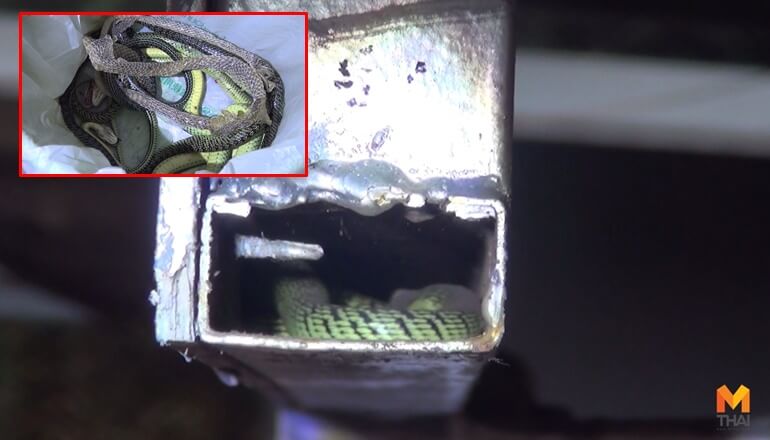 The snakes will then move to the metal structures on the roof of the bathroom around 6 pm daily. Customers and staff have avoided using the bathroom as the snakes are resting above while they perform private business. The restaurant fears that they might lose business if the snakes continue to build a permanent residence in the bathroom.

Video: Whose fault was it? The truck driver or the motorbike driver?