The embattled leader said on Thursday that he had sacked the overall head of internal security and the head of the agency’s branch in the Kherson region.

‘I do not have time to deal with all the traitors, but they will gradually all be punished,’ he said in a video address, adding the two men had betrayed their oath to defend Ukraine.

He did not give specific details.

The occasion marked the first time Zelensky has announced high-profile sackings of those involved in Ukraine’s defence following Russia’s invasion on 24 February.

Zelensky added Ukrainian forces had pushed back the Russians from Kyiv and Chernihiv – two cities Moscow had announced would no longer be the focus of attacks as they seek to secure the separatist Donbas and Luhansk regions in the south-east.

‘There will be battles ahead. We still need to go down a very difficult path to get everything we want,’ he said.

‘The situation in the south and in the Donbas remains extremely difficult.’

It was the first accusation of a Ukrainian airstrike on Russian soil since Moscow invaded its neighbour.

Video images of the purported attack posted online showed what looked like several missiles being fired from low altitude, followed by an explosion.

The helicopters struck the facility in Belgorod, some 35 kilometres (22 miles) from the border with Ukraine, after entering Russia at low altitude, regional governor Vyacheslav Gladkov said on messaging app Telegram.

The resulting blaze injured two workers, Gladkov added, while some areas of the city were being evacuated.

However, Russian oil firm Rosneft (ROSN.MM), which owns the fuel depot, said in a separate statement that no one was hurt in the fire, though it gave no information on its cause.

Energy Minister Nikolai Shulginov said the incident would not affect the region’s fuel supplies or prices for consumers.

The governor of the neighbouring Kursk region, Roman Starovoit, said its fuel supplies were sufficient to last several weeks and called on the population not to stockpile fuel.

Russia says it is carrying out a ‘special operation’ to disarm and ‘denazify’ Ukraine. 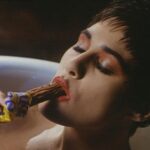