Police have reportedly summoned a woman who asked Prime Minister Prayut Chan-o-cha to “retire quickly” during his trip to Udon Thani this week.

According to the woman, Ban Dung police came to her house, asking to see her so that they could keep a record of her, but she refused to meet them, saying she had done nothing wrong.

The 28-year-old noodle vendor made headlines when she asked the prime minister a pointed question while he was being warmly welcomed by a group of people in Ban Dung district of the northeastern province on Wednesday.

According to a video taken that day, while Gen Prayut was greeting his supporters, the woman raised the question.

“We need a lot of development,” she told him “If you can’t do that, I’d like to ask you to retire quickly to allow others to perform the duties.”

The prime minister turned back and asked: “What?” She repeated the comment.

“Go check what I’ve done and how much progress I’ve made,” he said.

“I know … I know. You told us to grow lemons and raise fish so we could sell lemons on Mars,” she said jokingly.ad

Government spokesman Thanakorn Wangboonkongchana on Saturday denied the report that police had made the request as claimed by the woman, citing his talks with with the police and the Udon Thani governor.

“The government has never prohibited anyone from expressing opinions, regardless of their political views. We’re ready to listen and clarify [misunderstandings] with correct information all along. The prime minister looks after all groups of people equally,” he said.

Thanakrit Woratanatchakul, a high-ranking official in the Office of the Attorney-General, said on Saturday that police did not have the authority to summon anyone to make personal records, which involves fingerprinting.

“They can take fingerprints only from criminal suspects or dead persons suspected of dying unnatural deaths or while in custody,” he said. “They can also do so if regulations require it for people seeking some permits and for applicants to public office.”

In this case, he added, what the woman had done was not a crime so she was not a suspect.

“As a result, police cannot ask her to give personal information. Such an order is illegitimate, and the woman is under no obligation to comply with it,” he said. 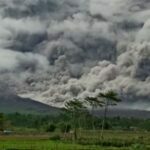 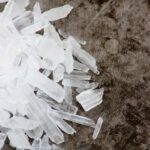