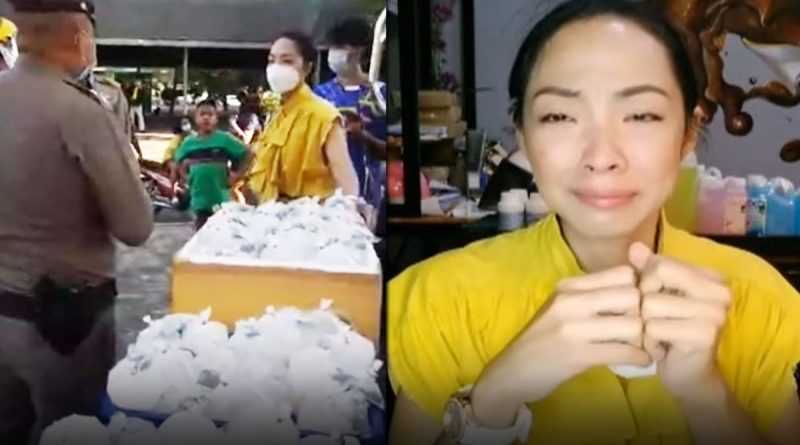 A woman broke down online after officials seized over 300 sets of food that she planned to give the people in front of Phra Pathom Chedi, Nakhon Pathom Province.

The woman aims to give food to those struggling in the current COVID-19 situation, such as those who have lost income and those with others to look after. Fern also attached pictures of the food in her post stating that the giveaway would take place from 16.40-17.00.

When the time arrived as people lined up waiting for the food, officials from the Nakhon Pathom Municipality came and seized all the food.

The officials stated that if the giveaway was to continue, it would be breaking the emergency decree that is currently in place.

They also informed the woman that the food was going to be given away to people living in slums. Later on, Fern posted online apologizing for how she wasn’t able to give away the pork soup as promised to the people waiting in lines.

Fern breaks down in the video and states “What hurts me the most is that the people who came to wait did not get to eat, but those sleeping in their homes got to eat.

I’m not saying that those waiting at home are wrong, but I feel sorry for the people who sat in the sun because they believed that a meal was coming their way.

I am sorry for not being able to fulfill my promise, it really was impossible to continue the giveaway. I know you were waiting for my soup, but I couldn’t give it to you”. 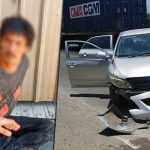 Car owner drives into Car thief on the road 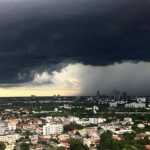