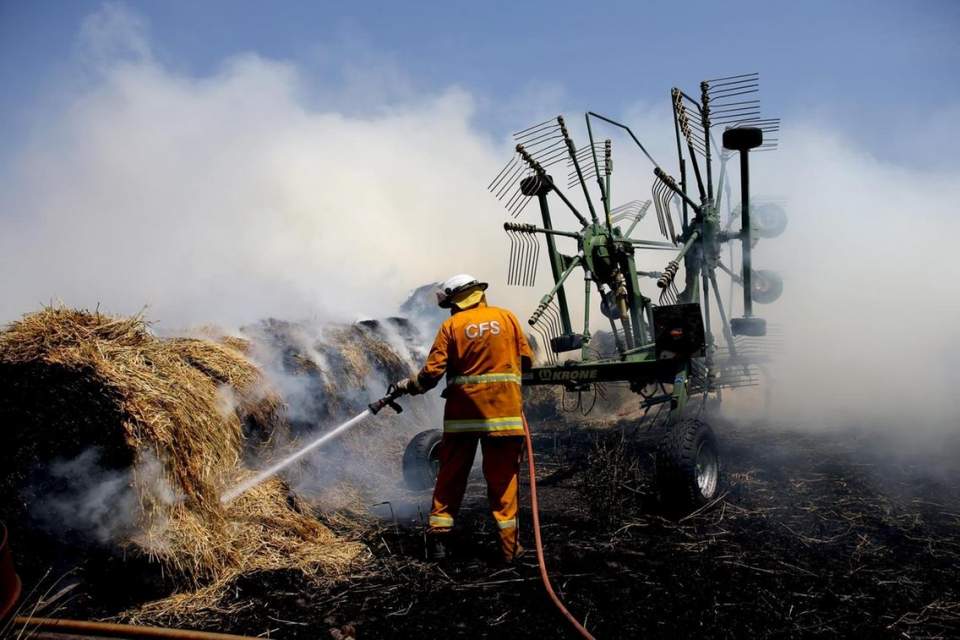 Government calls up 3,000 reservists to help deal with the emergency

Australia was bracing for one of the worst days in its wildfire crisis on Saturday as strong winds and high temperatures were forecast to bring flames to more populated areas, including the suburbs of Sydney.

Prime Minister Scott Morrison called up about 3,000 reservists to fire-affected areas, saying the crisis escalated to “an entirely new level” over the past week. 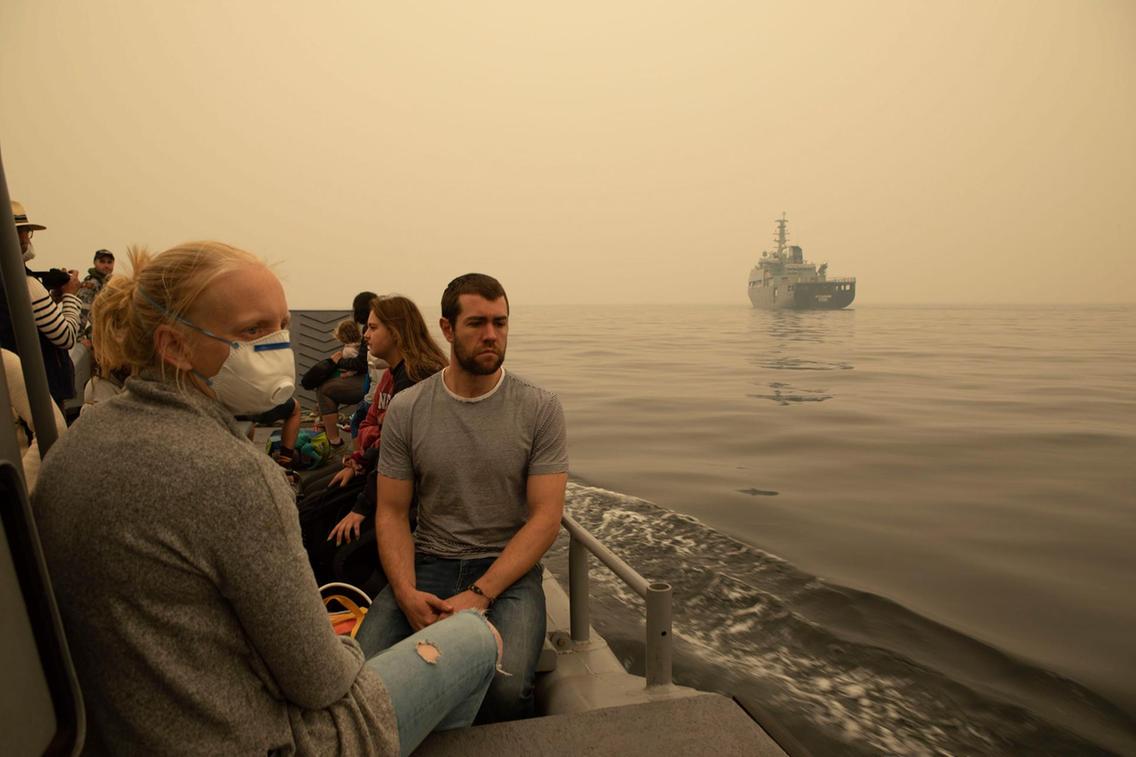 “We are facing another extremely difficult next 24 hours,” he told a televised news conference.

Mr Morrison said the death toll from the fires had risen to 23, including two in a blaze on a highway on Kangaroo Island off the coast of South Australia.

He also confirmed that his visits to India from January 13-16 and Japan immediately afterwards had been postponed. The prime minister had been criticised for taking a family holiday in Hawaii as the wildfire crisis unfolded in December.

New South Wales Premier Gladys Berejiklian said her state was facing “another terrible day” and called on people in areas threatened by the fires to leave while they could.

“I’m pleased to say that we’ve never been as prepared as we are today for the onslaught we’re likely to face,” Ms Berejiklian told reporters on Saturday morning. “All of the major road networks are still open but we can’t guarantee that beyond the next few hours. So there are still windows for people to get out.” 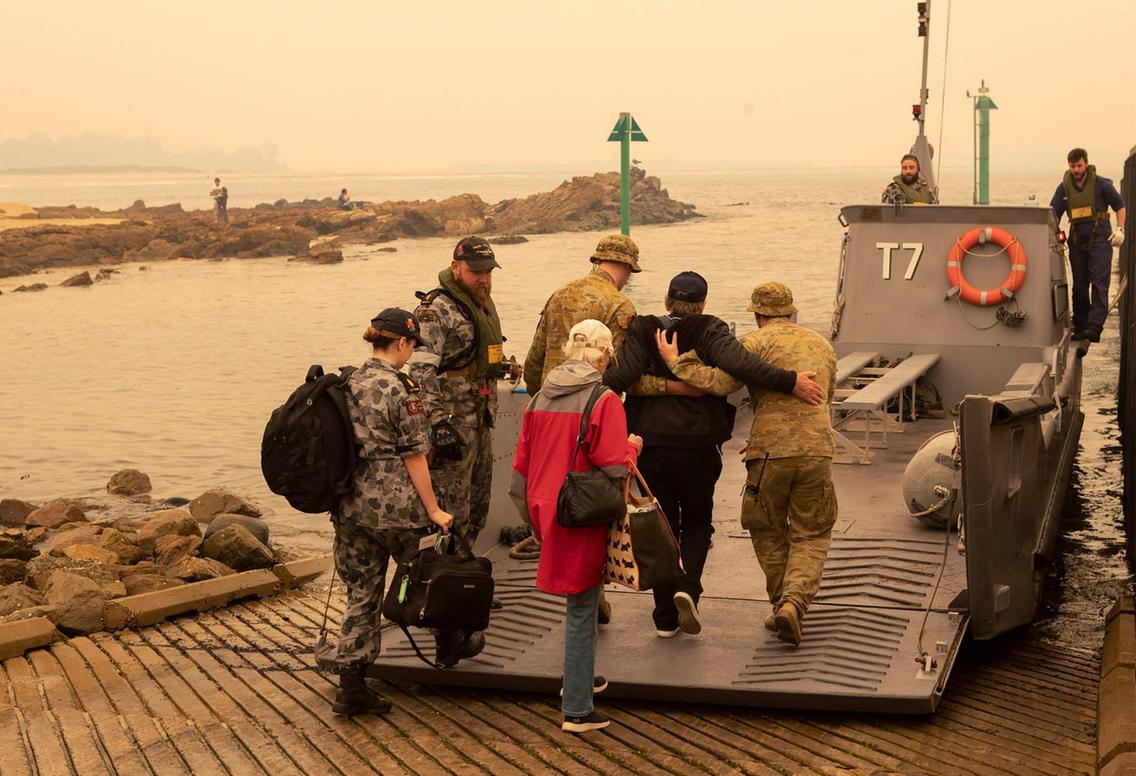 “We are unfortunately very likely to lose homes but we will be very happy and call it a success if no lives are lost,” he said.

“There is potential for the fire to break out, cross the [Warragamba] dam and move into the western suburbs of Sydney,” he said. “That fire is burning. It has the potential to come out into more populated areas this afternoon.”

He said crews have been doing “extraordinary work” by setting controlled fires and using aircraft and machinery to try to keep the flames away. 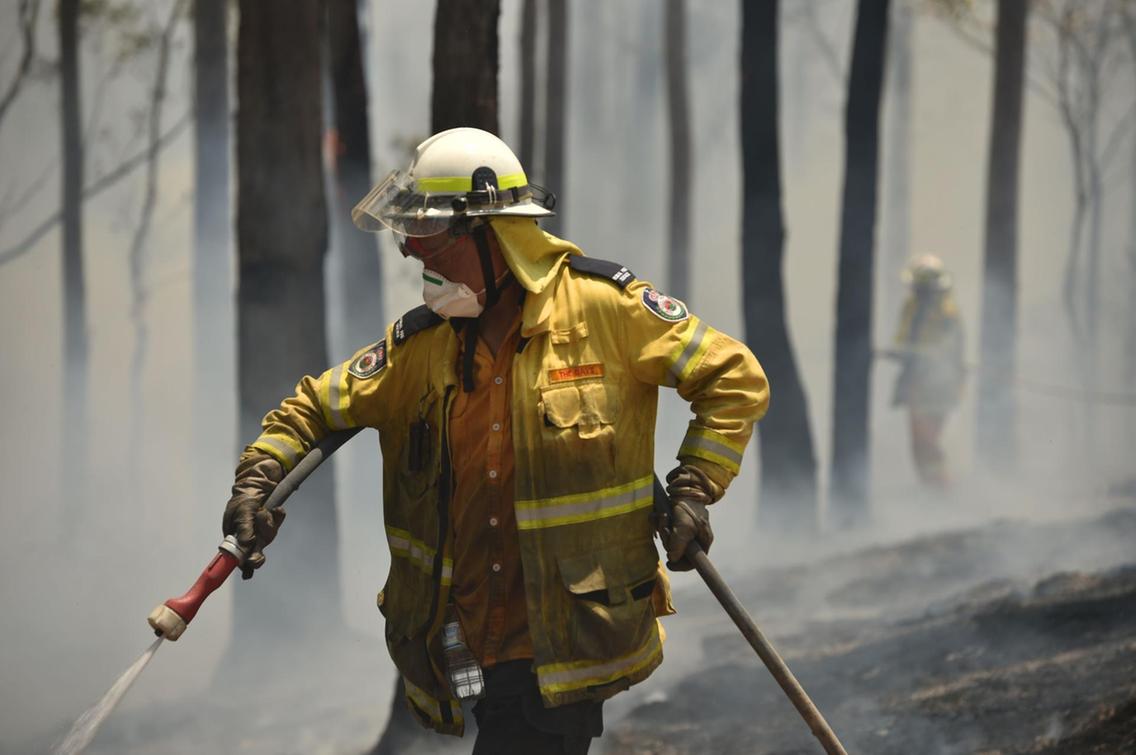 Mr Fitzsimmons called on residents and tourists in the path of the fires to evacuate as soon as possible.

“Our message has been to make sure you leave yesterday,” he said. “Leaving it until today is cutting it fine. The sooner you make that decision the better and I would say do it now. Don’t leave it any longer because the window will shrink and will shrink very quickly.”

More than 130 fires are burning in New South Wales and at least half of those are out of control. Temperatures in parts of the state are expected to soar in the mid-40s Celsius amid strong winds and low humidity.

A forecaster at the Bureau of Meteorology said conditions were already deteriorating Saturday morning.

“We are getting high temperatures across most of [New South Wales], including Sydney as well as western and southern parts of the state, as predicted,” he said. 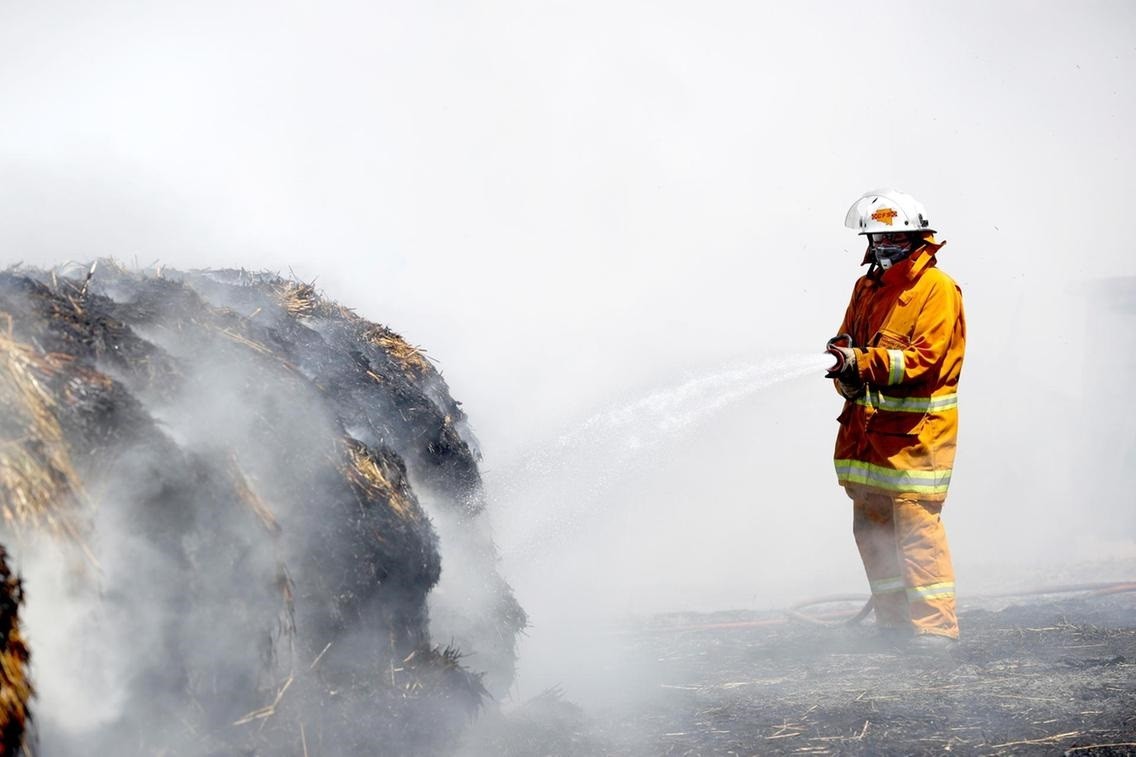 A total of 48 fires are burning across almost 320,000 hectares in Victoria state and conditions are expected to worsen with a southerly wind change.

“We still have those dynamic and dangerous conditions, the low humidity, the strong winds and, what underpins that, the state is tinder dry,” Victoria Emergency Services Commissioner Andrew Crisp said.

“If you might be thinking about I can get out on a particular road close to you, well there’s every chance that a fire could hit that particular road and you can’t get out,” he said. 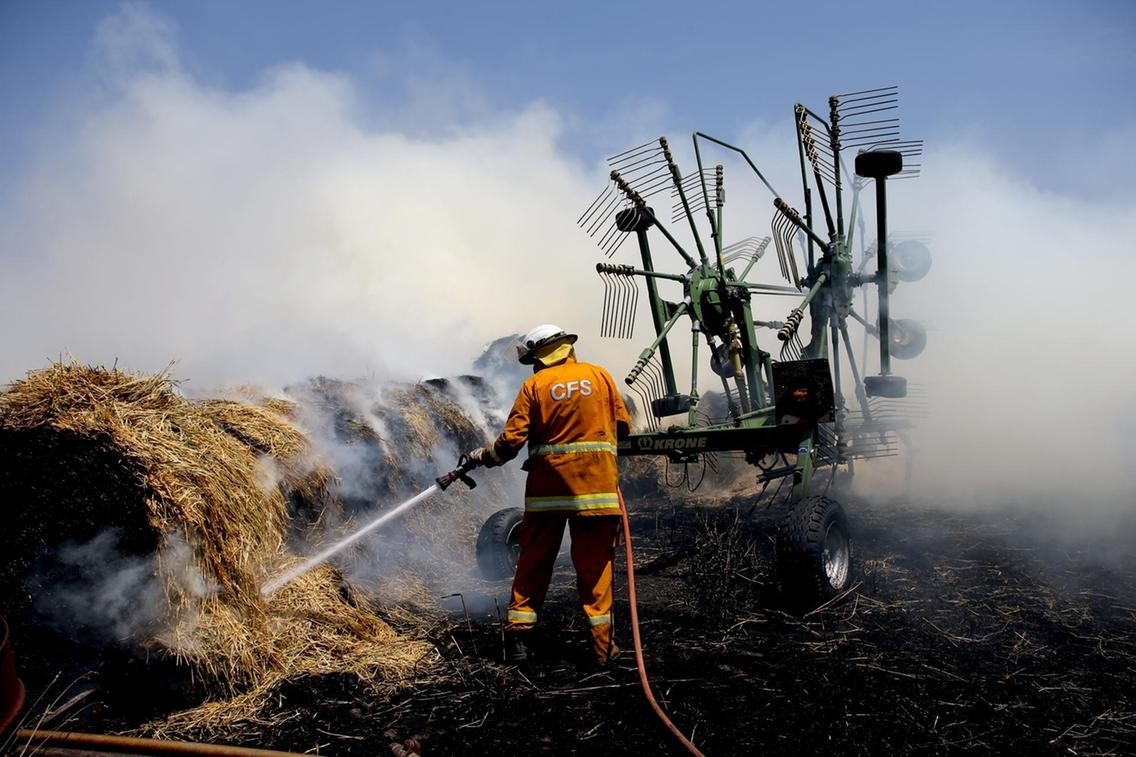 The blaze on Kangaroo Island was still uncontrolled Saturday, having destroyed homes and other buildings as it burned through more than 14,000 hectares of Flinders Chase National Park. While the warning level for the fire was reduced, the Country Fire Service said it was still a risk to lives and property.

The early and devastating start to Australia’s summer wildfires has already burned about 5 million hectares of land and destroyed more than 1,400 homes. 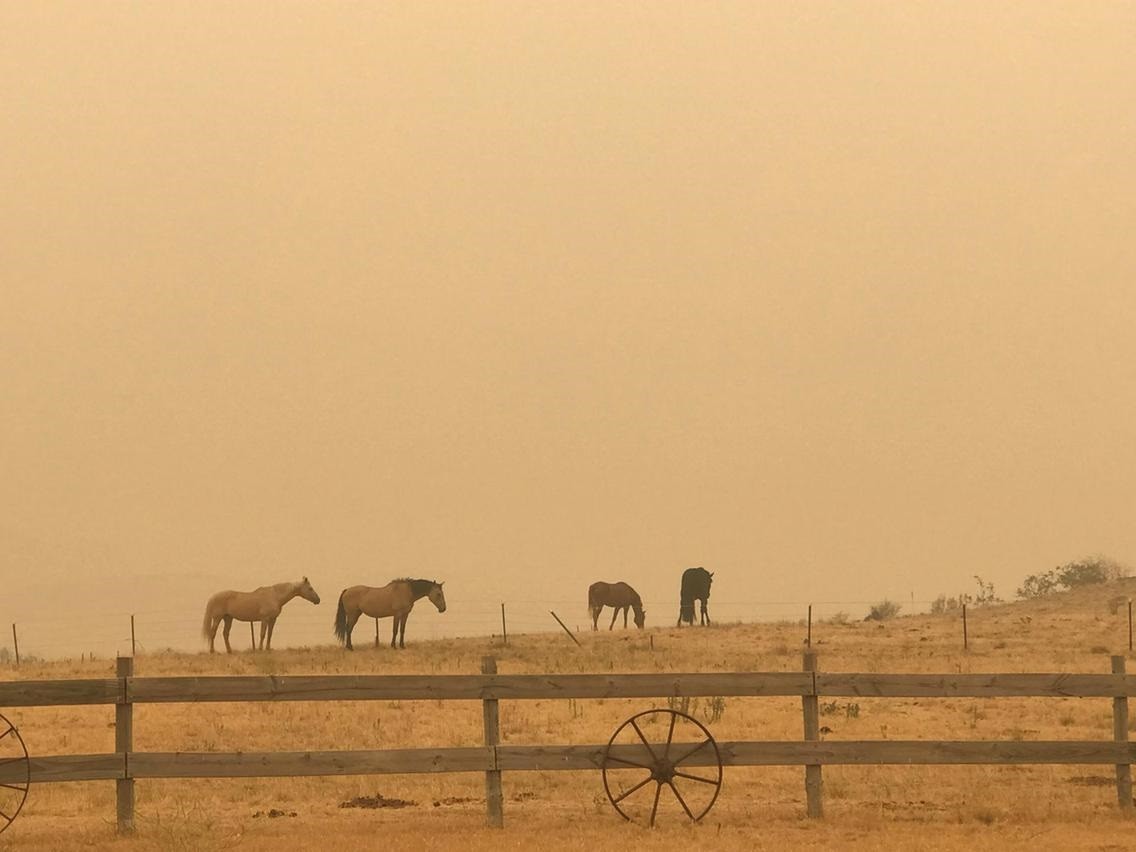 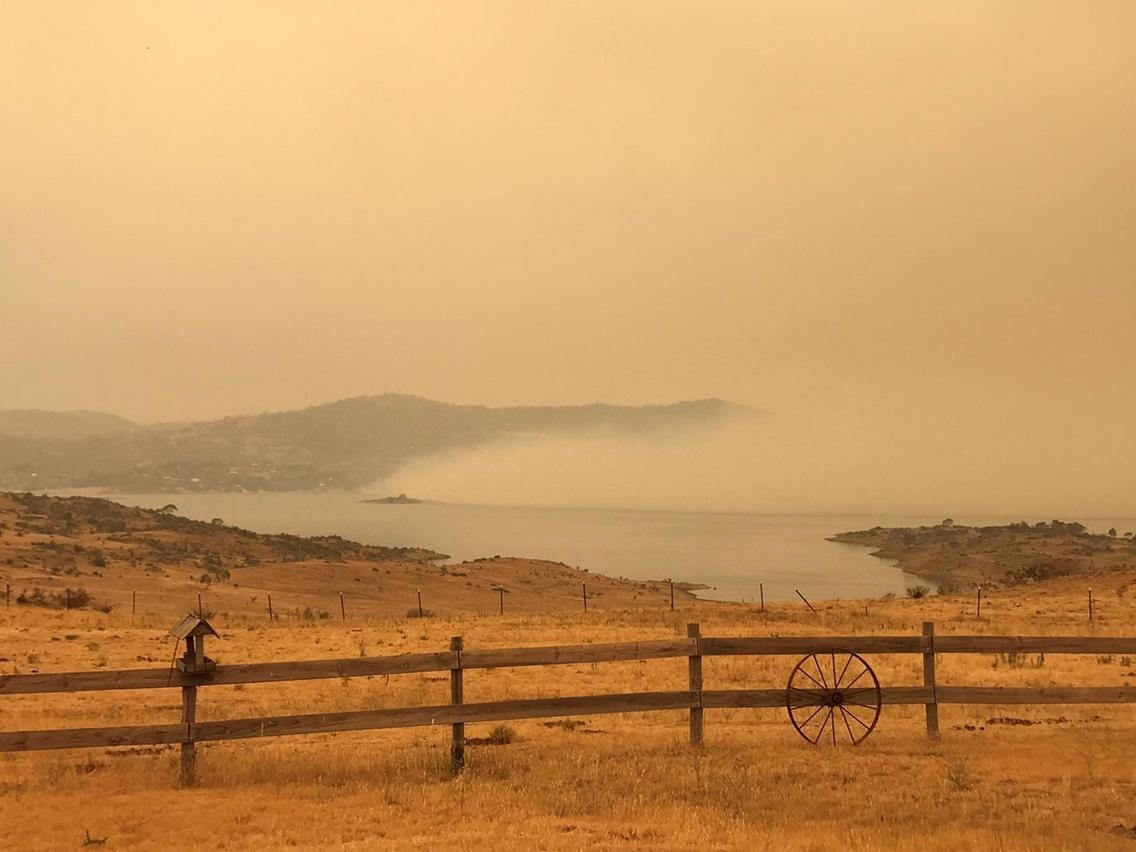 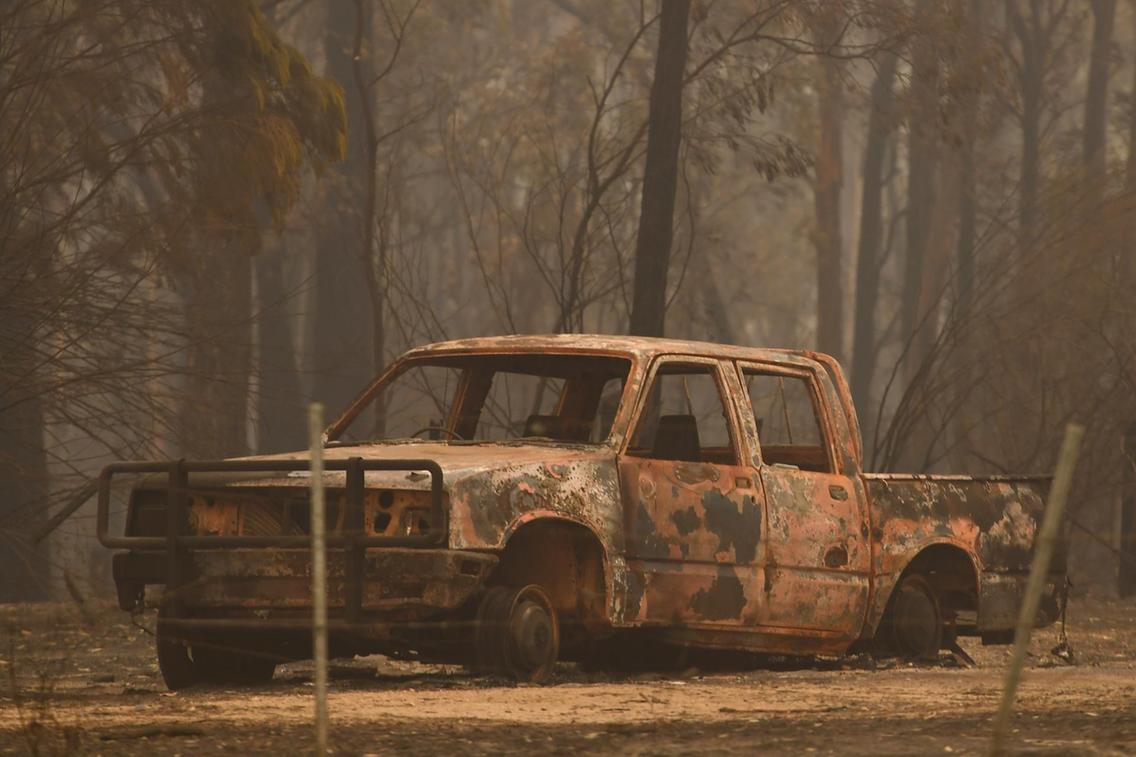 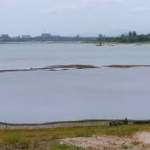 Latest video of Mabprachan lake – 40% down 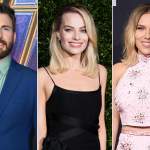 Five things to watch for at Golden Globes