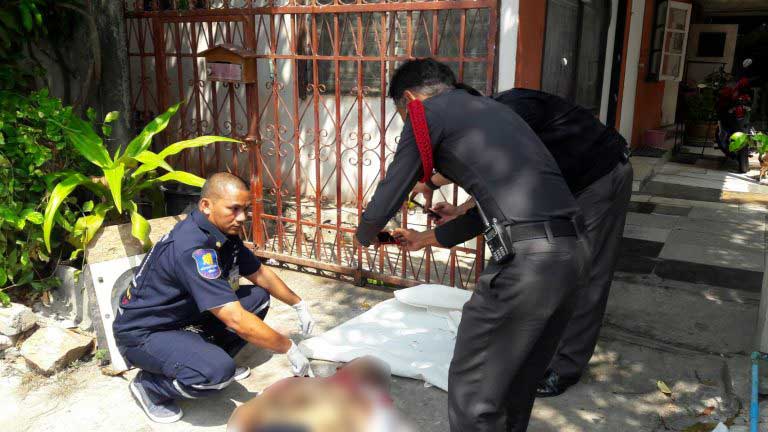 A wife in Pattaya stabbed her husband to death in a rage after he joked that he wanted to get a “gig”.

Sombat Klinkosum, 53, was found with two stab wounds in front of his house in the Khao Noi area of Bang Lamung.

The wife – who was not named in the Pattaya News story – did not flee the scene. Police said that she was waiting to give herself up when they arrived with medics.

The wife was described as very drunk.

Police said that the husband and wife were drinking alcohol with two or three friends out the front of their house on Wednesday when the victim joked that he would like to get a “gig” (a mistress).

But the wife did not see the funny side and an argument broke out. Soon after the matter escalated and the wife went into the house and grabbed a fruit paring knife.

She emerged and stabbed her husband in the left side of the chest and by the right armpit in full view of the others at the drinks party.

He tried to flee to get help but made it only as far as the front of his house before he collapsed and died. 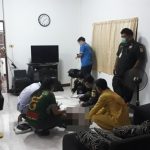 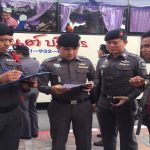 Police checkpoints cracking down on illegal guides going to Pattaya