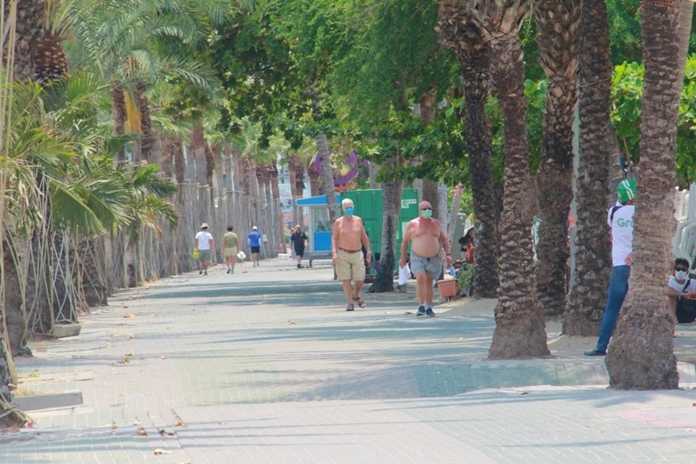 It has been a very confusing time for those foreigners still in Pattaya, whether by choice or by necessity.  What follows is a summary of the various regulations and advisory notices issued by both the government and by the Chonburi provincial governor.  Remember that claiming not to know about the restrictions will not protect you.

Most reluctant stayers in Thailand can now get visa relief until April 30 at your local immigration office.  This is the subject of a separate and detailed article on the Pattaya Mail website.  One year, longstay foreigners do not have to submit their address for the 90 days report if their due date falls before the end of this month.  Nobody is sure what will happen in May.  Many people think the discretion in the prime minister’s proclamation of April 8 will simply be extended until the end of that month too. We will have to wait and see.

It is now compulsory to be wearing a mask in all public places with the attendant fines and worse for miscreants.  It is no longer true that masks are impossible to obtain locally though you may have to shop around in the obvious places such as superstores and pharmacies.  Recent advice from the World Health Organization is that wearing a mask, even if a cotton one, is better than no cover at all.  At many outlets you will likely have your temperature tested with a hand-held machine.  The maximum usually permitted is 37.5 or you may be refused admittance or referred to a medical facility.

It is forbidden to be outside your home between the hours of 10 pm and 4 am.  These hours are specified in the prime minister’s order and apply nationally.  Exceptions for farang are very rare and will require documentation such as a confirmed airline ticket for an upcoming flight within a few hours.  However, ambulances will be permitted during the curfew period.  Thailand has a long history of curfews, usually following a military coup, so the workings are well known to the police and the army.

On April 8, the Chonburi governor announced restrictions – initially for three weeks – which now cover all times when the national curfew is not in place.  Incoming foreign and Thai tourists are banned and most hotels are closed anyway.  If you are already in Pattaya, you are semi-free to travel around but may be subject to interrogation at the checkpoints at various points in the city which will require you to show your original passport and proof of local address as well as receiving a temperature check.  Queues are likely to form at checkpoints bordering Pattaya City itself and the Dark Side (East Pattaya or Nongprue Municipality) whose officers will have discretion, but the general idea is to discourage all but essential travel.  Thais and foreigners officially working require a form signed by their employer.

The Pattaya mayor and the Chonburi governor have also issued a series of strong recommendations.  These, for example, stress that people over 70 (and under 5 years) are particularly at risk from potential Corona infection and should stay at home at all times.  This pressure falls short of being an actual recommendation, but elderly foreigners (not to mention Thais) may find their age becomes an issue when being questioned at checkpoints outside of curfew hours.  Physical distancing, standing or sitting at least two meters from another person, is another recommendation, but that is only common sense.  Gathering on beaches and at recreational facilities is forbidden.

All outlets selling food and “essential items” are permitted to be open.  Supermarkets have closed off sections outside these categories.  Many businesses have closed either because of the regulations or because their business was minimal.  Restaurants may serve only take-out or delivery food if they choose to remain open at all.  On the service front, hairdressers are allowed to have customers subject to health and safety precautions, but massage shops, tattoo studios and nail parlors are off-limits.  Many government and local authority facilities are closed to the public, including the land transportation department.

Domestic post continues but international letters and parcels are badly disrupted.  Many post offices are refusing services and there is a risk of internationally-bound correspondence being stacked and delayed indefinitely.  But private mail services such as DHL and Kerry are still operational but warn that items may take longer to deliver than usual.  Foreigners based in Thailand are able to use social media and email for many purposes.  Fax services have also, and perhaps briefly, seen a resurgence of use where they still exist. 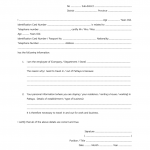 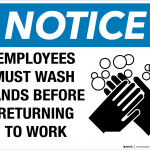 What employees must watch out for at workplace