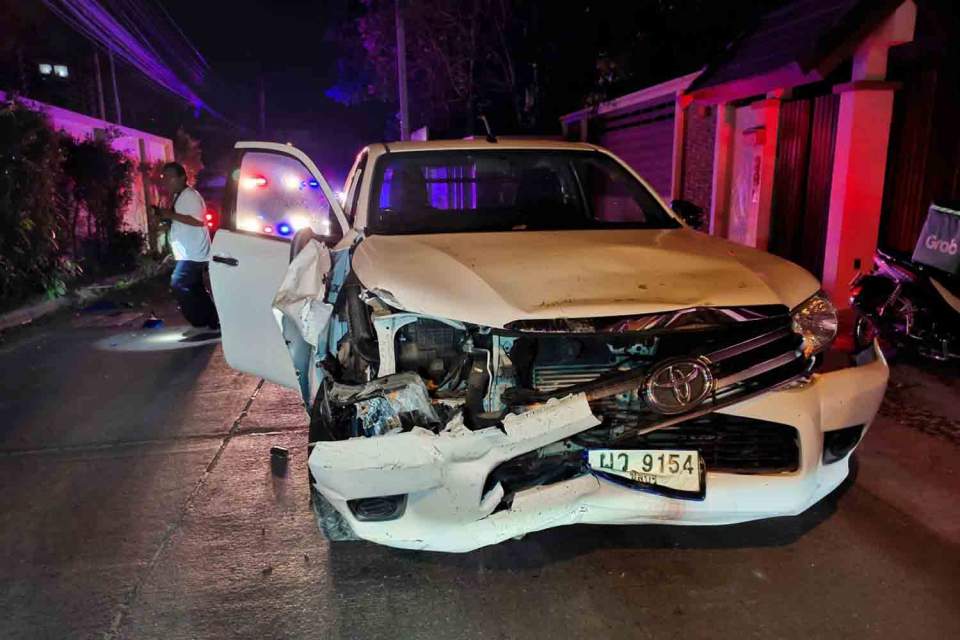 A woman was killed and two other people seriously injured in an accident involving a pickup truck and two motorcycle taxis in Pattaya on Tuesday morning, police said.

The accident occurred about 2.30 am when the pickup, a Toyota Vigo, veered across the middle line at a curve in Soi Chalerm Phrakiat 6 of tambon Nong Prue, Bang Lamung district, and collided with two oncoming motorcycle taxis in the opposite lane.

The driver of the first motorcycle taxi, Saengpilom Artson, 59, and the female passenger, Chalida Distephano, 26, were seriously injured. Both Mr. Saengpilom’s legs were broken and twisted.

The driver of the second motorcycle taxi was not hurt, but the female passenger, Suphan Pongwiset, 42, was seriously injured and died later at a hospital. 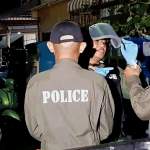