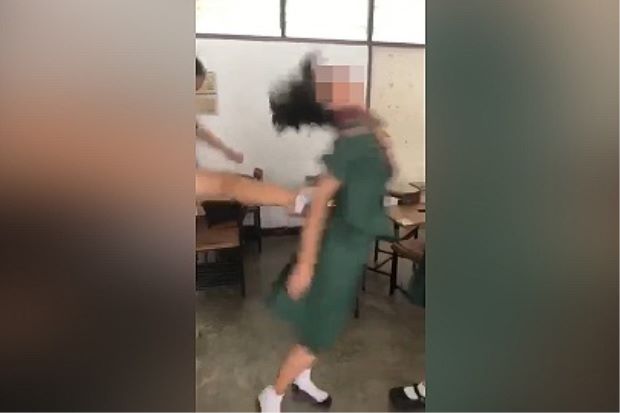 A Khon Kaen school director and teachers are investigating a July 10 incident in which female students attacked their classmate during a dispute over debt collection in a classroom.

The attack, which took place when no teacher was present, was captured on a smartphone camera, shot by another classmate, who subsequently posted four video clips of the incident on Facebook, causing a stir and criticism over the violence perpetrated by the all-girl group.

The video clips showed a schoolgirl and 6-7 of her friends scolding a classmate because of an “overdue debt”, but the latter remained unresponsive so the group turned more violent to the point that they pulled the student by her hair and kicked her in the back, after which she fell to the ground.

The group then banged her head against the floor. She didn’t attempt to fight back at any time during the attack. 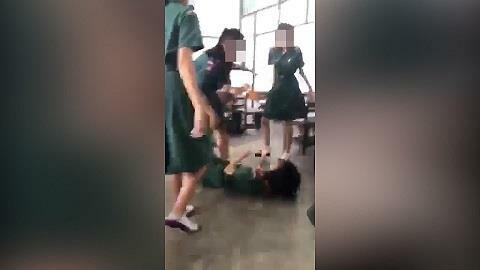 A source who did not want to be identified sent the video clips to this Nation reporter, saying the incident took place during lunch break at the school on July 10.

The victim, who used to be close friends with her attackers, did not talk to any teacher about the attack until the video clips went viral. 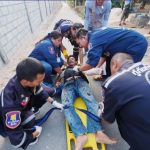 Husband threatened wife with machete, she hit him in the head with it