West Ham were poor when they lost 2-0 at home to Everton a couple of weeks ago but they picked themselves up with a good performance at Old Trafford last week and were unlucky to lose 2-1. Leicester, leading the best of the rest in 7th, missed a great opportunity to move further ahead of that pack with their 1-0 home defeat to Newcastle.

Michail Antonio made a huge impact when he replaced Javier Hernández in the 73rd at Old Trafford last week. From outside the box, he thumped a shot against the crossbar and David de Gea made a fantastic save from his six-yard header. He’s unpredictable, but with West Ham injury problems, he could make a start a prove to be the difference between the teams.

For Leicester, James Maddison is making a big impact in his first Premier League season since his move for a reported £20 million from Norwich. From midfield, he’s scored seven and has six assists. He’s also deadly from free kicks just outside the box.

West Ham, despite quite a few injuries to key players, need a response after their poor home defeat to Everton (2-0). Michail Antonio can help see them over the line. 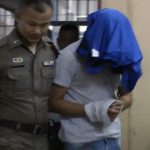