Thais have taken to social media slamming an apparently wealthy woman who boasted about using a Thai welfare card intended for the poor. 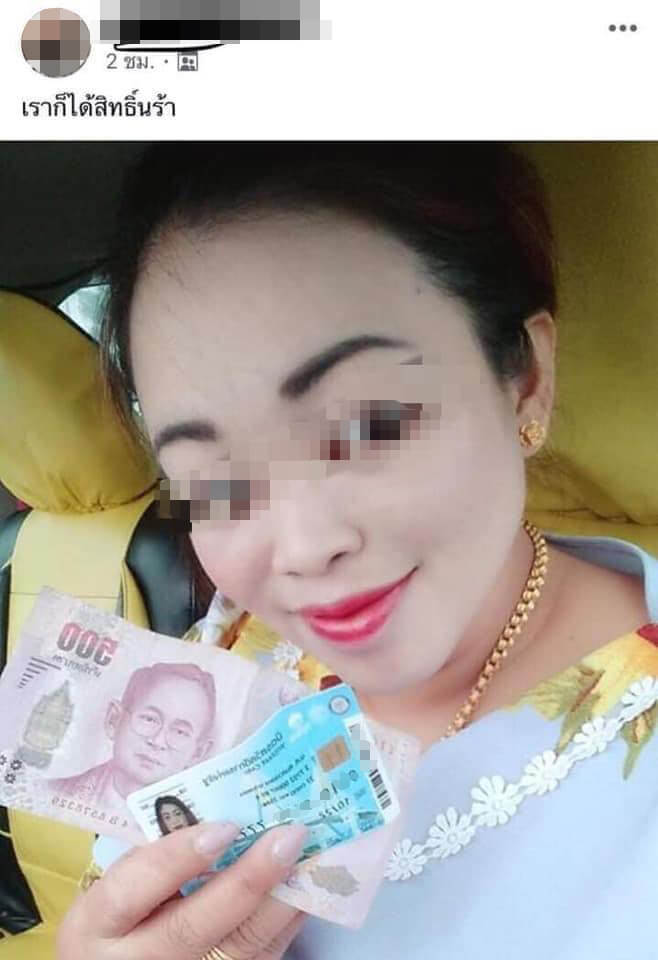 The woman, pictured wearing a gold necklace and other expensive-looking jewellery, was showing money to the camera and sitting in the driver’s seat of a car. Netizens say she was ripping off the state and depriving the needy. 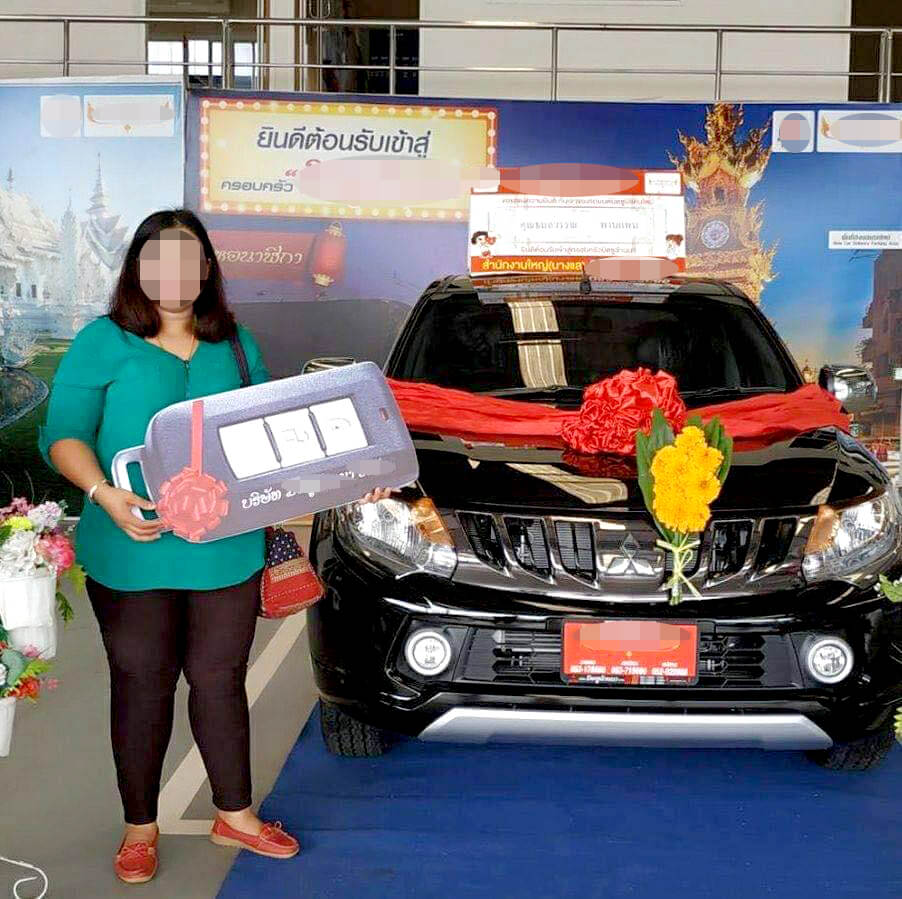 But some are also suggesting it might be a fake post with fake gold and a friend’s car.
Some have done their homework, however, and confirmed that it is a real welfare card, although damaged, and that the woman really does have plenty of money. 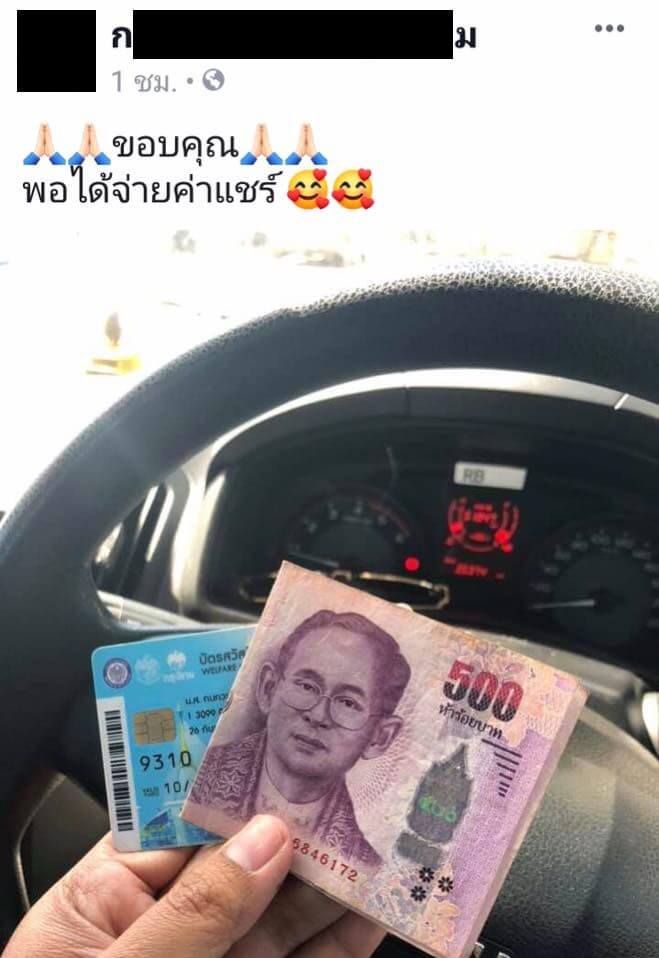 Her story appeared on an online forum titled, “We’ll make you famous v.10”.