Loy Krathong is a celebration of the water goddess and she certainly did her part for the occasion, dumping a torrential downpour on Pattaya that would float many a krathong.

Pattaya flooded heavily from the railway-parallel road to the beachfront stage where folk singer Jintara Poonlarb was performing, damaging amplifiers and other equipment. The two-hour storm resulted in flooding of 20-50 centimeters across the city. 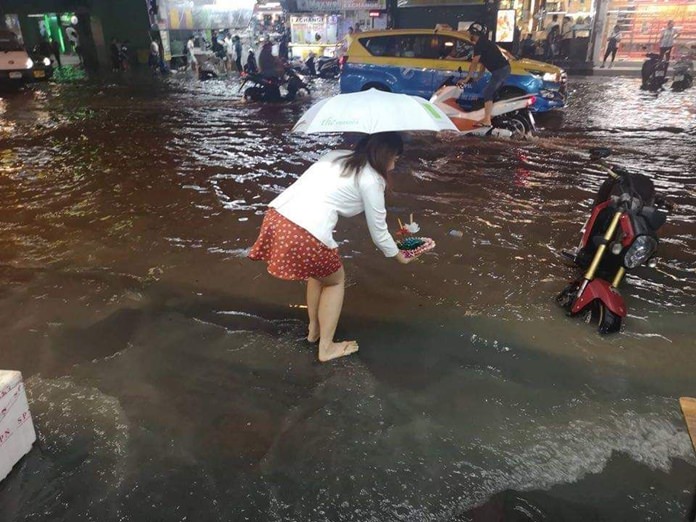 Not ones to let a little rain ruin their fun, people let loose their boats of flowers, candles and incense on the water streaming down the sois, a scene captured in photos and videos posted to Facebook.

In Naklua, water reached half the height of an average car on Naklua Soi 11 near the Pikplub Canal. Traffic ground to a standstill.

Pattaya workers spread out across the region installing temporary pumps and scraping garbage off of drain covers to keep the water draining. 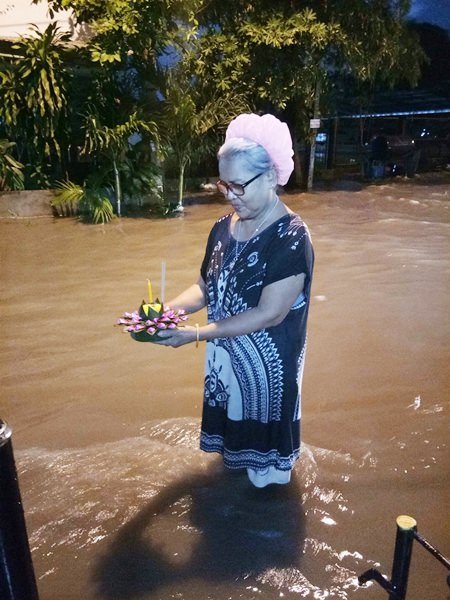 Most areas cleared within an hour after the water goddess had her fun.

Breaking News: George Bush Senior dies at the age of 94