Virginia lieutenant Governor: A second woman has accused Virginia’s lieutenant governor of sexual misconduct, US media reported Friday, further adding to the political turmoil in the eastern US state.

Lieutenant Governor Justin Fairfax is next in line for the governorship if Governor Ralph Northam — who faces intense pressure to resign over a racist yearbook photo — decides to step down.

The Washington Post reported that a Maryland woman accused Fairfax of a “premeditated and aggressive” attack when the two were undergraduate students at Duke University in 2000, while CNN said the woman had accused Fairfax of rape.

The allegation comes after another woman accused Fairfax of misconduct over a sexual encounter they had in a hotel room 15 years ago, one that he insists was “100 percent consensual”.

Fairfax, a 39-year-old Democrat, won election in November alongside Northam, who has been fighting for his political survival since a 1984 yearbook surfaced that features a racist photo on a page dedicated to him.

After initially saying he was in the photo — which pictures one man in blackface next to another wearing a Klu Klux Klan robe and hood — Northam now denies appearing in the image, and has so far declined calls to step down. 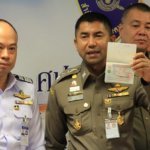