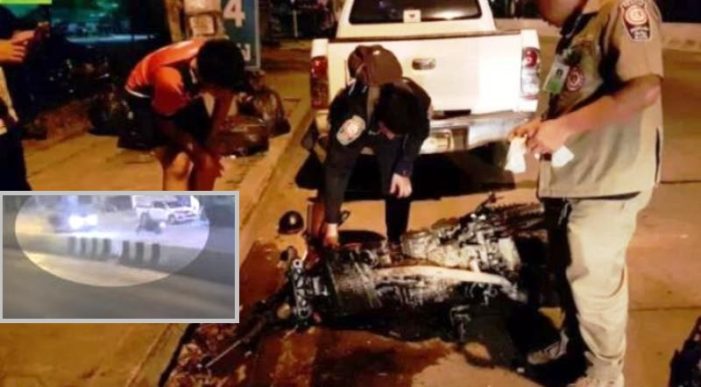 Police have released video footage showing the last moments of Jan Single a German man who died in a front-end collision after his motorcycle was hit by an oncoming car.

The fatal crash took place in Chiang Mai in the early hours of Saturday May 18th.

The video, which lasts only 22 seconds, was published on Chiang Mai Traffic Police’s Facebook page, shows a person in front of a 7-Eleven convenient store in Chiang Mai’s Pa Daed subdistrict turning his motorcycle onto Mahidol Rd and heading into the wrong direction before being struck by an oncoming pick-up truck at high speed.

The man was identified as Jan Single, according to The Nation he was identified by his ID card Police also found a small amount of marijuana in a zip-lock plastic bag he was carrying.

Single’s Honda Rebel 500 motorcycle was badly damaged. It crashed into the front of a pickup driven by Suttahwee Suesat, 26.

Sutthawee said he was driving at a fast speed and suddenly spotted a motorcycle driving against traffic in his direction.

He said he could not stop in time and collided with the motorcycle.

Witnesses told police that they saw the German tourist ride his motorcycle to a 7-Eleven and when he left the shop he drove on the wrong direction.

The witnesses said the German appeared to be intoxicated. 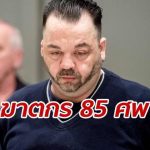 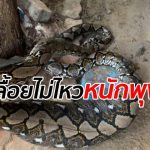