Home » UK’s Europeans want to know: should I stay or should I go?

UK’s Europeans: EU nationals who have settled in Britain are facing a dilemma as Brexit looms: pack their bags, apply for citizenship or stay put and hope for the best.

“I felt quite emotional,” said the 38-year-old, who arrived in Britain in 2003 to study nursing and now cares for people with psychological disorders.

“I love Britain and my whole life and my best friends are all here. I am planning on staying,” she said.

A few months ago, she discovered that Germany does not accept dual nationality with a country outside the European Union — as Britain will become after March 29.

“If I didn’t get my British citizenship before the official Brexit date… I would have to give up my German passport to get the British one,” said Moerbe.

“The rest is eating a big hole in my credit card,” she said.

Romeo Manciu, 37, is full of optimism and is also planning to seek British nationality one day.

“I came to follow my dream: to work in an airport,” said the Romanian, who arrived in August.

“Where is the biggest airport in Europe? Heathrow! It had to be Heathrow,” he said, with a big grin on his face.

Despite having no experience, he quickly found a job as an airport ramp agent: the people who direct planes after they have landed, and remove the luggage.

Manciu wants to bring his family to settle permanently in London.

“Brexit is not a problem,” he said.

“Everyone that comes here before March 29 can apply for pre-settled status, that is the reason I came before Brexit.”

Residential status can be claimed after five years and a British passport after six.

“If you read all this information, why not be happy?”

‘We will be leaving’

Things are not so sunny for Barbara Lovatt, 44, a Polish national who has lived in Birmingham, central England, with her British husband and her 21-year-old disabled son for a decade.

“I applied for permanent residency twice for me and my son and I was refused twice,” she said.

“Even though my husband works and supports us financially, they said I can’t support myself because I receive benefits as a carer.”

Lovatt feels uneasy in Britain, especially so after losing her job at a brewery visitor centre in July.

She and her husband Martin have decided to quit life in Britain.

“Next year we will be leaving for Cyprus, where we bought a house,” she said.

Martin feels certain of finding work as an electrician in the former British colony where English is commonly understood.

“And it’s much, much cheaper,” said Barbara.

Joan Pons Laplana, 43, is a Spaniard who works in Britain’s National Health Service.

He has received job offers from other countries, but his children — aged 16, 13 and seven — don’t want to leave their homeland.

“That’s why I’m still here and I’m fighting to stop Brexit,” he said.

“I hope this madness stops and common sense returns.”

He has been in Britain for 18 years and lives in Leeds, northern England.

He fears losing some of his rights after Brexit.

“As things stand, I will no longer be able to vote in local elections. I have been paying taxes for many years, but I am going to become a second-class citizen,” he said.

He was thinking of one day retiring to Calella, a beach resort north of Barcelona, “but now they say that if you leave Britain for more than five years you will not be able to return.

“Therefore I am a prisoner here.”

Camilla Rigano, 24, came to Britain from Italy a month and a half ago.

After an internship in Rome for a United Nations agency running security operations, she found a job in Britain in September in a crisis and risk management company.

“I guess for me it’s a different story,” she said.

“I have the feeling that I’m secured by the company.”

She said that at her age, it would not have been possible to find a similar job in Italy.

Her parents are in Rome while her brother lives in Madrid. She fears that Brexit will make it difficult to travel around Europe.

Nonetheless, her company said they would take care of any paperwork that might be required to keep her in place after Brexit. 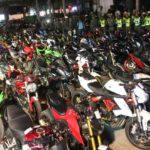