The heroic British divers who helped to rescue 12 boys and their coach trapped in Thailand were welcomed to Downing Street today by the UK prime minister, according to UK Government ‘s website.

At the event, Theresa May praised the heroism of those involved in the extraordinary cave rescue.

The group of rescuers, who have been cave diving for over 20 years, battled zero visibility conditions and narrow cave passages to reach the trapped boys.

Among those attending with their families was John Volanthen, one of the British divers who was part of the team which first discovered the boys.

He was also one of the three divers who went out as the initial team and who helped place guides in the cave to assist others in navigation.

Also at the event was Robert Harper, who was part of the team which pinpointed the boys’ exact location, and Vernon Unsworth, who first alerted cave divers in the UK to the situation in Thailand.

Divers who took part in the final stages of the rescue were also honoured at the reception, including Chris Jewell who successfully guided the second-to-last boy to safety.

May said “It’s a pleasure to welcome you to Downing Street today. This was an amazing rescue mission. On hearing about the boys who were trapped most people would have just stood by but you chose to go out there and do something about it.”

The eyes of the world were on you and I think I can speak for everyone when I say a huge thank you, said May.

“John [Volanthen] you have said that you’re not heroes…well to most of us you are.”

May also said that sadly a Thai diver, Saman Kunan, died during this mission. He lost his life saving the lives of others – a danger you also faced.

Thai Prime Minister Prayut Chan-o-cha has written to May to say thank you for the fantastic job the British divers did and she know that everyone in this country would agree. “We are all very proud of you.”

The Thailand operation was a unique occasion when individual cave divers and cave rescuers from many teams came together and worked as a truly national team under the BCRC banner, said Bill Whitehouse, Vice Chairman of British Cave Rescue Council.

In total eight cave divers and three other cave rescuers travelled out to Thailand to help with the search and then the rescue. They were backed up by a support team in the UK of BCRC officers and members of various teams.

“It has been both gratifying and humbling to experience how cave rescuers, cave divers and the wider caving world worked together during the eighteen day operation to play such a significant part in pulling off what many thought to be an impossible task,” he said.

It has undoubtedly been one of the most incredible cave rescues ever, he added.

John Volanthen, one of the lead cave divers involved in the rescue, said that it was an honour to join the incredible effort to rescue of these boys and their coach, and he would like to personally add particular reference to the skill and dedication of the many military groups and civilians we worked alongside, especially the Thai navy seals.

He would also like to extend my thoughts to the family of Saman Kunan. 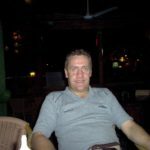 Missing: Have you seen this man?