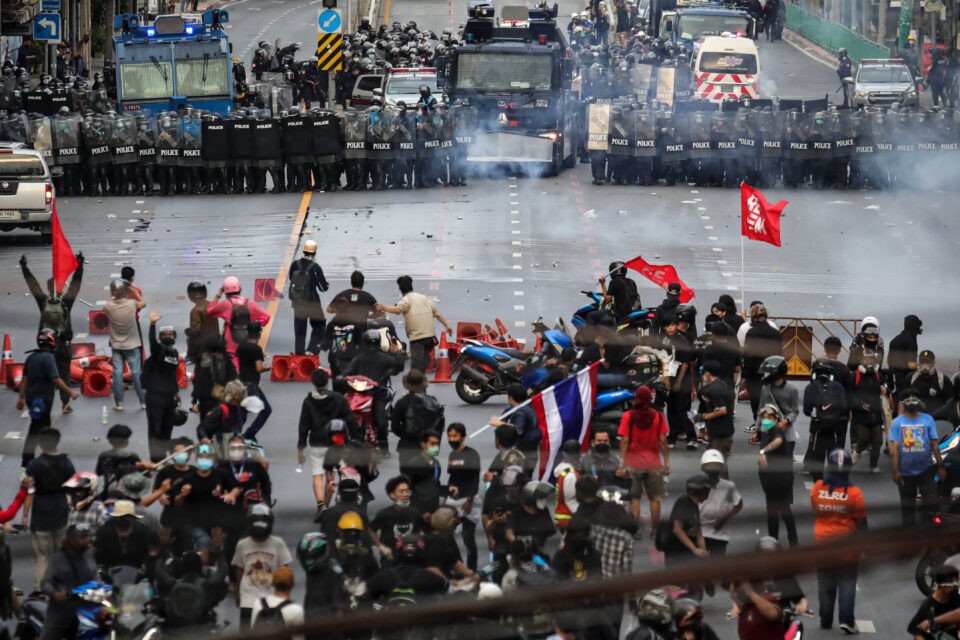 Among the detained suspects, two are female and 13 of them are youths, Pol Lt Gen Pakapong said.

A number of energy drink bottles modified as Molotov cocktail were also seized from the protest site, he said, adding a number of the detained suspects have been charged with arson.

“Of the 644 suspects, 374 have already been detained while another 160 people are being summoned to come meet with police investigators,” he said.

Sunday’s rally at Din Daeng intersection began at about 2pm and ended at around 9pm, said Pol Lt Gen Pakapong.

The security officer injured by the two protesters, as shown in the clip going viral on social media, was rescued by a paramedic team, he said. One of the two suspects arrested following the incident was a youth, he said.

The police are also investigating another video clip showing a number of protesters holding guns while at Sunday’s rally, he said, adding the police are finding out if those weapons caught on the video were real guns or not.

Anti-government rallies were carried out at two locations on Monday, outside the Royal Thai Police headquarters and at Din Daeng intersection, said Pol Maj Gen Piya.

The police have switched from using tear gas to contain violent protesters to mainly using blue-dye water cannons, which will help police later identify who attended a particular protest, he said.

Pol Lt Gen Pakapong added that he was sorry to hear that some reporters had been shot with rubber bullets during past protests and promised that police officers would pay more attention to the safety of journalists covering protests. 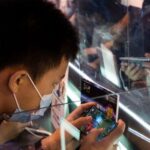 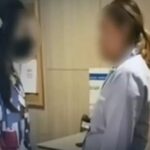 Staff faces the slap fury of a hungry tenant