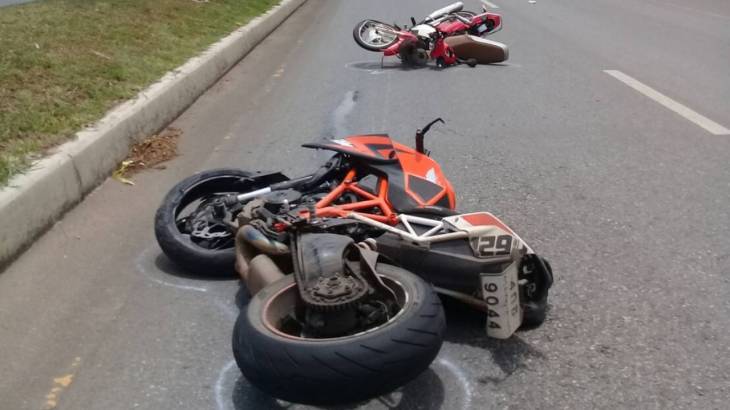 A foreigner on big bike on his way to Pattaya has died along with a 68 year old local Thai man after crashing at high speed in Phetchabun on Monday May 15th.

The 2 bikes crashed on a bend in an area that the locals like to cross the central reservation to get to the other side,  reported Thai Rath.

Police and emergency services were called by witnesses and they were quickly onto the scene to treat the 2 victims.

Unfortunately, the 68 year old local man named only as Ranthom, was already dead by the the time the medics arrived due to the severity of his injuries.

A 50 year old foreigner named as Mr Gerhard, was found unconscious with several bone fractures and severe head injuries. He was still alive, however, and was rushed straight to a local hospital.

He was treated by staff at the hospital, but was pronounced dead a short time later, as his injuries were too much for his body to handle.

The 2 bikes left mangled at the scene were a red Super Cub and a KTM 1,290 cc Superduke.

Both bikes were severely damaged and indicated that the accident must have taken place at a high speed.

They were almost 100 meters from the area of impact. Police said it was likely that the foreigner hit the local man who was crossing the road on a blind spot on the bend. 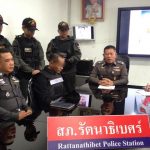