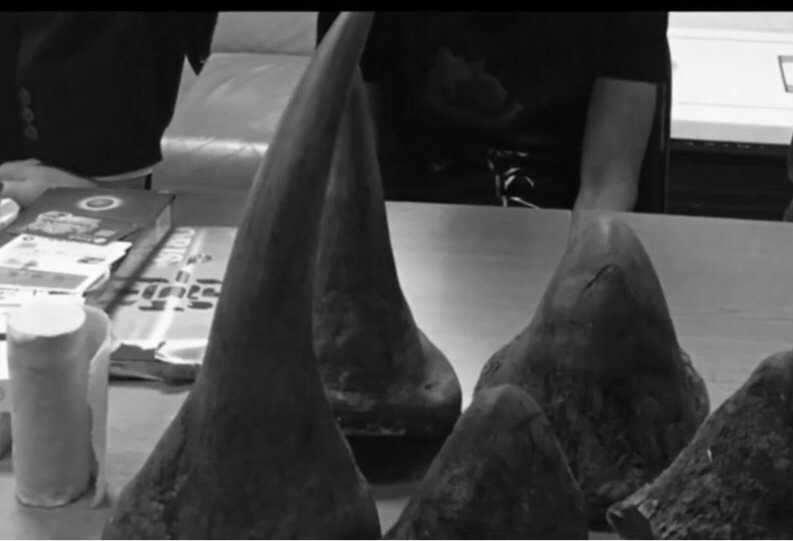 They were identified as Jeng Yiensew and Lin Mee.

The two men came on a flight from Ndola in Zambia and connected a flight in Ethiopia to Bangkok. They were waiting for a flight to Phnom Penh when immigration and wildlife officials checked their baggage and backpacks and found eight rhino horns weighing 6.2 kilograms in one of them.

The rhino horns are wrapped in plastic sheets, taped and put in one backpack.

Jeng said he was paid by Lin Mee to carry the backpack for 5,000 yuan or 25,000 baht. However, Lin Mee rejected saying he is not the owner of the backpack, claiming the nametag on the backpack is not his name.

However, both were detained at Suvarnabhumi police station for further questioning.

Immigration officials said since the beginning of this year, they have seized over 250 million baht of prohibited and restricted wildlife items from inbound passengers.  Source: Thai PBS

NokScoot aims to rise above the sky once the red flag falls.