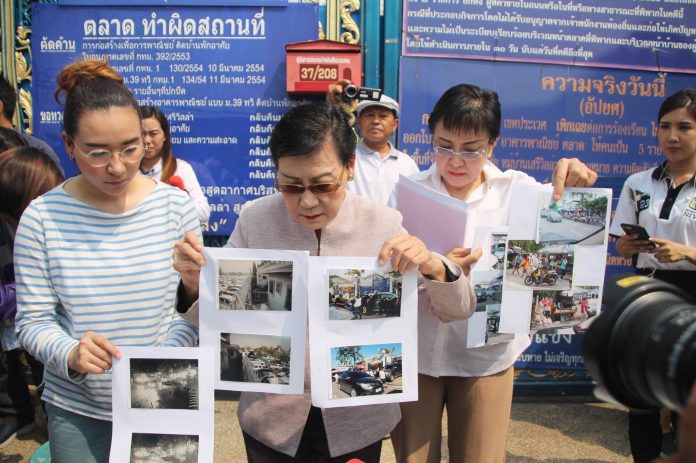 A court on Thursday handed down probation to two women whose axe attack on a pickup truck blocking their mansion won widespread sympathy.

Boonsri Saengyoktrakarn and Rattanachat Saengyoktrakarn were initially sentenced to eighteen months in prison each for going berserk on a truck parked illegally in front of their home. However, the court reduced the sentence to two-years on probation, citing their confession and grievances.

“The defendants admitted they committed the wrongdoing,” Ananchai said, before thanking support from the public.

The court said both sisters had been repeatedly frustrated by vehicles blocking the entrance to their mansion before they snapped and vented their fury at a pickup truck parked by a woman named Rotchanikorn Lertwassana in February 2018.

After the incident, which went viral on social media, Boonsri and Rattanachat explained that the drivers who parked the vehicles were mostly shoppers from five markets that operated without permits around their mansion. The sisters also said the illegal markets cause pollution and nuisance around their home.

Noting the pair’s lack of previous criminal record, the court said there was grounds for leniency and suspended their jail terms. The two women were fined 12,000 baht each for damages.

Ananchai said his clients paid Rotchanikorn a further 50,000 baht in compensation for the damages to her pickup truck.