The deputy director-general of the Department of Children and Youth and a Surat Thani Shelter for Children and Families official, who are alleged to have been involved in child sex trafficking, turned themselves in on Monday.

Phisit Poonpipat, 55, and Suwat Phaophan, 33, were implicated in the scandal after police teams raided 18 locations across Surat Thani linked to a sex trafficking ring in November last year.

The deputy director-general, Mr Phisit, allegedly phoned children at the shelter and persuaded them to provide sexual services.

Since then, a number of officials have been implicated in the case, including Mr Phisit, other state officials as well as soldiers, teachers and doctors in the area.

The chief of the shelter lodged a complaint against the pair over injuries suffered by children at the shelter and threats made against him not to divulge information that might lead to further arrests.

Their malfeasances were un- covered between December and February, after Mr Phisit attempted to interfere with the police investigation by ordering the shelter chief to hamper attempts to identify victims and customers, while Mr Suwat also physically punished the victims for cooperating with police officials.

Mr Phisit has been charged with obstruction of justice while Mr Suwat faces the same charge as well a charge of duress by physical abuse.

Mr Saengroj has already been charged over allegations he had sexual intercourse with a girl under 15 years of age who was not his wife and taking away a child from their guardian for sexual purposes.

Police said that Mr Saengroj will be remanded in custody at Surat Thani Provincial Court until the trial due to concerns over potential interference in the investigation.

After investigation, the two suspects will be released without any surety as they surrendered voluntarily before being summoned. 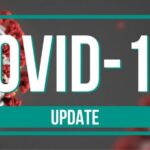 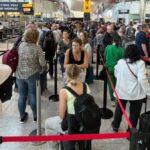