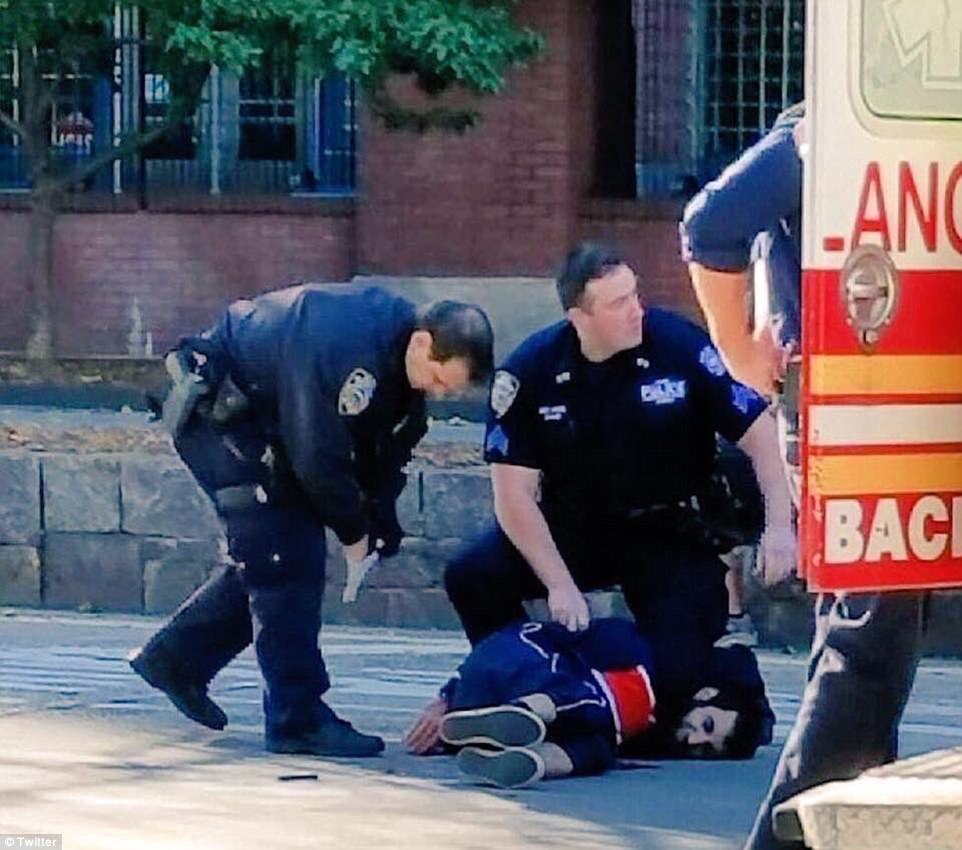 Uzbek man, 29, who killed eight and injured 15 with his vehicle while shouting Allahu Akbar near Ground Zero left behind notes and a flag

The man who allegedly ran down cyclists and pedestrians along 17 Manhattan blocks pledged his allegiance to ISIS before his attack, it has emerged. Police sources say Sayfullo Habibullaevic Saipov, 29, entered a bicycle path at Houston Street at 3.05 pm and drove downtown, knocking down victims before smashing into a school bus at Chambers Street, exiting and shouting ‘Allahu Akbar’.

He then waved a paintball gun in one hand and a pellet gun in the other, and was shot in the abdomen by a police officer. He has now come out of surgery and police are waiting for him to wake up before they question him. Images of ISIS flags were found in his truck, as well as handwritten notes pledging his allegiance to the terrorist group, insiders told the New York Post. As the horrific toll – currently at eight dead and at least 15 injured, including one child in critical condition – climbed up, details began to emerge about Saipov’s life.

He was an Uzbekistan native who had lived in the US for seven years and ran two trucking companies located in Ohio, sources claim. He was also said to be a friendly Uber driver who was good with kids – and did not like people taking his photo. Saipov is originally from Uzbekistan but immigrated to the US in 2010, and at the time of his arrest, he was holding an identification card that listed his home in Tampa, Florida.

However, police say that he was most recently living in Paterson, New Jersey. Investigators are now combing a Home Depot in Passaic, New Jersey, where he is believed to have picked up the truck and may have left his own vehicle. A white minivan was seen surrounded by police tape. Kobiljon Matkarov, 37, of Maimisburg, Ohio, said that he met Saipov five years ago, and they bonded over their shared Uzbek heritage. ‘He is a very good guy, he is very friendly… he is like little brother… he looks at me like a big brother’.

He said Saipov had been working as an Uber driver in New Jersey this summer, and that the alleged terrorist had driven him, his wife and their five children to New York’s JFK airport during a recent trip to their home country. Saipov was very friendly, he said, and good with children: ‘My kids like him too, he is always playing with them. He is playing all the time,’ he said – but added that when one of the children asked to take a photo with him, Saipov refused. ‘He no like that. He said no,’ Matkarov said. Matkarov said he was shocked by the claim that his friend had murdered and injured two dozen people, and that he didn’t know of any terrorist connections he may have had.

The manager of Saipov’s local grocery store in Paterson, Farm Boy Super Fresh Supermarket on Getty Avenue, had a very different opinion of the man. She claims that Saipov was an ‘erratic’ customer who berated the cashiers. ‘Every time he came here he was always erratic or arguing with the cashiers,’ the manager, who did not want to provide her name, told The Post. ‘He would get angry very fast…. he would break the cans, dumb things,’ she said, adding that he was known for his rude behavior. ‘I feel like he was prejudiced to the cashiers – whether they were covered or not in a hijab – he would belittle them,’ she told The Post.

‘He was talking good English, proper, but he would call the cashiers dumb, uneducated – how they didn’t know how to scan the items.’ She also said that Saipov, who moved to the U.S. in 2010 from Uzbekistan, argued often about the price of Canada Dry Ginger Ale.  ‘Soda was the problem. He would come here and buy soda,’ she said. ‘He would give us a hard time on the 12-pack Canada Dry – if it was one price he would want his own price. It was always the soda, always a problem with the 12-pack of cans. Always a problem.’

Uber said in a statement on Tuesday night: ‘We are horrified by this senseless of violence. Our hearts are with the victims and their families. We have reached out to law enforcement to provide our full assistance.’ The company said that he had passed a background check by the company and that they are now ‘aggressively’ reviewing his history with them, although they had not yet found any ‘concerning safety reports.’ The company added that he has been banned from the app. Police audio captures the chaotic scene after NYC truck attack  Source: Daily Mail UK 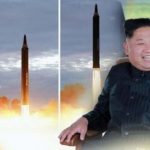 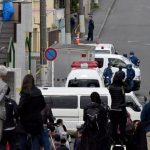