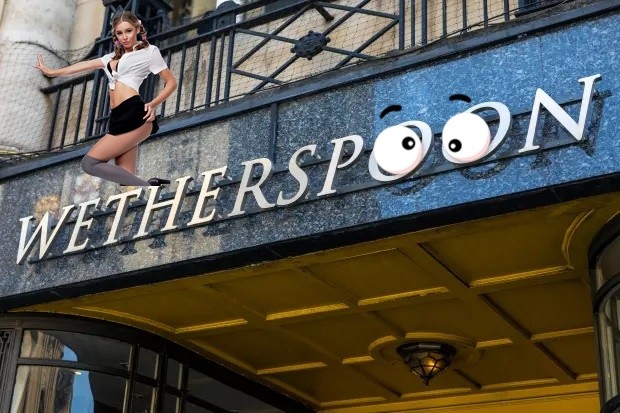 THREE people have been banned for life from Wetherspoons after being caught engaging in steamy sex acts in the beer garden.

The boozy trio left drinkers horrified by their brazen acts at the James Watt watering hole in Greenock, Inverclyde.

Charley Malone, 28, James Hainey, 33, and Sophie Fitzgerald, 25, reportedly humped each other in front of shocked customers.

Fitzgerald performed or mimicked a sex act on Malone before Fitzgerald and Hainey removed their lower clothing.

The sordid acts continued as Fitzgerald straddled Hainey’s lap while facing away from him.

A sickened customer stumbled upon the trio in the pub’s beer garden in July this year and reported them to management.

They were then escorted from the premises by the duty manager before Malone stood at the door and shouted abuse at staff.

Wetherspoon, one of the country’s biggest pub chains, has now confirmed that all three have been banned from their premises for life.

A source said: “It was outrageous to see something like that in a pub beer garden.

“They weren’t caring who saw what they were up to and seemed oblivious to how wrong it was to be cavorting around like that in public.

“It’s no wonder they were booted out and banned for life.”

A police investigation was later launched, which led to the trio being charged with public indecency after the entire incident was captured on the pub’s CCTV system.

The shame-faced trio appeared at Greenock Sheriff Court earlier this month and admitted the offences.

Fitzgerald, of Greenock, was put under supervision for three years and was tagged for five months.

Malone was ordered to complete 270 hours of unpaid work and placed under supervision for three years by Sheriff Joseph Hughes, and was tagged for five months.

Hainey was told he must perform 180 hours of unpaid work and be under supervision for two years as well as being tagged for three months.

The court heard Hainey and Malone now live together in Ayrshire.

One said: “Some people lack even the basic morals. Young children and decent human beings frequent that public house.

“This is disgusting behaviour that needs dealt with severely.”

Another added: “Hang your head in shame.”

A spokeswoman for J.D.Wetherspoon said: “We can confirm that the three individuals are barred for life.” 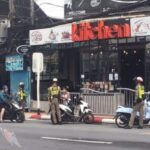