It has been more than a decade since Michael Bay brought Transformers to the big screen, and fans will get to see several of favorite Autobots return to theaters soon. This month, Bumblebee is slated to go public, and critics have just broken their silence on the franchise reboot.

As it turns out, there is more than meets the eye with Bumblebee as reviews are calling the film the best Transformers flick yet.

As you can see above, press outlets rolled out their reviews for Bumblebee today, and the hype for the film is very real. The feature has launched its Rotten Tomatoes homepage with a 100% fresh rating to date, but that poll is taken from just 12 reviews. More rundowns will trickle in as the holiday season approaches, but it seems Transformers has taken a turn for the better with Bumblebee. 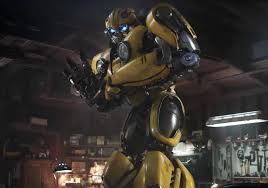 The film marks a new step for the nostalgic franchise as Bumblebee scales back the action of Bay’s films. Set in 1987, the spin-off takes place well before the first Transformers film and stars Hailee Steinfeld as Charlie Watson. The teenage girl becomes the unassuming inheritor of Bumblebee when she purchases a yellow Volkswagen Beetle, and she tasks herself with helping her unusual ride remember his past. 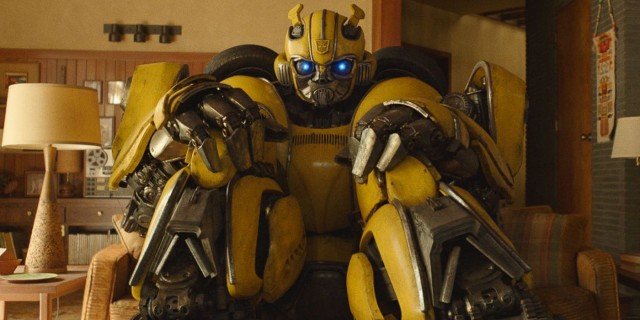 If you’re planning on seeing Bumblebee, you can mark your calendars now. The spin-off is slated to hit theaters on December 21, a date pitting the film against Warner Bros. Aquaman. So, for those of you unsure whether to see both blockbuster before the holidays come around, the round-up below will help point you in the right direction:

So, will you be checking out Bumblebee? Let me know in the comments or hit me up on Twitter @MeganPetersCB to talk all things comics and anime! 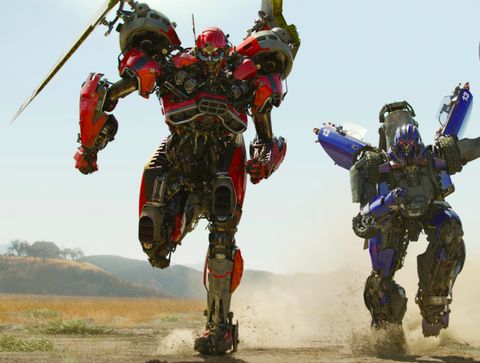 Need to know more about the Transformers spin-off? You can find the synopsis for Bumblebee below:

“On the run in the year 1987, Bumblebee finds refuge in a junkyard in a small Californian beach town. Charlie, on the cusp of turning 18 and trying to find her place in the world, discovers Bumblebee, battle-scarred and broken. When Charlie revives him, she quickly learns this is no ordinary, yellow VW bug.” 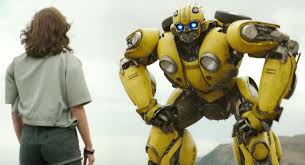 “The beginning of Travis Knight‘s Bumblebee is enough to make any Transformers fan’s jaw drop. Planet Cybertron! Optimus Prime! Arcee! Starscream! All looking like their classic toys, no less. It can’t last. This is, after all, the filmed equivalent of solo album rather than an all-star band effort, and like in the Dolph Lundgren Masters of the Universe movie of 1987 (the year in which Bumblebee is set), a battle fought in the stars now comes to earth. Small-town California, specifically; warring cosmic aliens based on toys are nothing if not location budget-conscious.” – Nerdist

“In the end, it’s not from Bay but rather the movie’s other big-name producer that Knight has drawn inspiration. Steven Spielberg’s DNA feels baked into Bumblebee, resulting in an ’80s movie not just in setting and aesthetic but also sensibility — a high-octane concept Transformed into an Amblin love letter. Knight has served up a gleeful romp with wit, warmth and a whole lot of heart. It’s taken six movies to get here, but we finally have a Transformers film that’s more than meets the eye.” – Empire

“Bumblebee is the best live-action Transformers movie since the 2007 film, even though it doesn’t quite recapture the wow factor of seeing the robots in disguise come to life that very first time. But it does wisely bring the series back to basics in its character-driven storytelling and simplified approaches to both Transformer designs and visual effects, and by jettisoning the excess and nonsensical storytelling that had come to define the franchise. It was nice to enjoy a Transformers movie again.” – IGN

“What “Bumblebee” does best is remember that this is a franchise for the young, and embrace that fact without any shame while also still delivering on the action. There’s no self-importance, no grafting of ultra-patriotism and too-dense mythology onto what should be a simple narrative. If you come to “Bumblebee” hoping for a heartwarming love story about a girl and an alien robot who can disguise himself as a VW Bug… well, that’s exactly what you’ll get.” – IndieWire

“When Hailee Steinfeld’s Charlie Watson finds Bumblebee in this Transformers prequel, the Autobot needs some loving care. Metaphor? You might as well spray it all over old yeller’s VW bonnet. After five nu-metal farragoes of decreasing appeal from Michael Bay, director Travis Knight and writer Christina Hodson (Unforgettable) face an uphill struggle: how do you repair a franchise write-off this rough?
Charm and fun number among the solutions offered by Knight, the Laika animator who made a gorgeous, heartfelt directorial debut with Kubo and the Two Strings. Despite the odd awkward tonal gear shift, Knight’s origin story makes refreshingly light work of its uphill climb, fuelled by wit and warmth. And – crucially – with better songs on the retro-tape deck.” – Games Radar

““Bumblebee,” for its part, has just enough wit, playfulness and charm to develop a voice of its own, which is no small thing in the context of a flashy, lunkheaded studio franchise (albeit one whose commercial supremacy is no longer a certainty). The relatively intimate scale of this picture offers a welcome reassertion of the less-is-more principle. It’s startling to see the delicacy of the rapport between the two leads — a delicacy thrown into relief by a tense, humorous sequence in which Bumblebee accidentally lays waste to an entire house — and realize just how little the five earlier “Transformers” movies invested in the human element, how rarely they captured the simple wonderment of cross-species bonding.” – L.A. Times

How it could be ILLEGAL to say ‘he’ or ‘she’: Failing to use transgender terms could land Australians in court under proposed laws