Home » Transfer all the children from prisons please 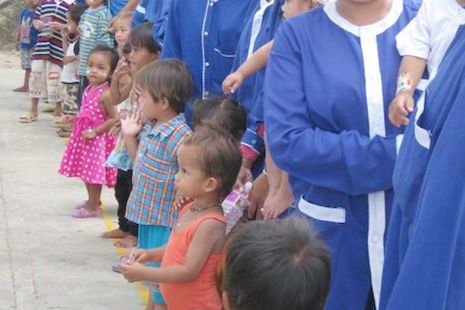 This Life Cambodia, an NGO working to promote Children’s rights, expressed dismay after determining that nearly 1,800 children were living in Cambodian prisons housing adults rather than facilities intended solely for juveniles.

The organisation urged the government to undertake measures to transfer juvenile prisoners to more appropriate facilities without delay. They say juvenile detention centres should provide education, correction and rehabilitation.

A new research report from the organisation to be published on February 20 was obtained by The Post on February 18.

The report states that juvenile justice reform in Cambodia can now be accelerated without significant additional resources and that if these reforms were implemented, they would be supported by local communities.

“Nearly 1,800 children slept in a Cambodian prison last night. Even more shockingly, in Cambodia, children can be held in adult prisons while they await trials, and 30 per cent – that’s 540 of the 1,800 – currently being held in prison have not yet been convicted of any offence,” the report said.

The report added that under Cambodian law, pre-trial detention is supposed to be limited to 4 months for 14 and 15 year olds, and six months for 16 and 17 year olds.

Chhin Se, deputy director of This Life Cambodia, told The Post on February 18 that the Law on Juvenile Justice was enacted in 2016, but it was not yet implemented fully, especially measures related to transfers.

“Implementation of those transfer measures is an important goal so that children don’t need to go through the judiciary or be jailed.

“This would enable all children to be transferred out of the justice and prison systems and into more appropriate rehabilitative programmes,” he said.

According to his organisation’s research, Chhin Se said that most of the children were jailed for offences such as assault, drug use and trafficking and theft.

“In recent years, the government has launched an anti-drug campaign. We have seen a significant increase in the number of children arrested and sent to prisons due to that campaign.

“I acknowledge that the implementation of this campaign is effective in cracking down on drug users and dealers.

But the problem is that it is also putting children behind bars where they could fall under the influence of hardened criminals – which is the opposite of rehabilitation – not to mention the fact that the prison facilities are all currently overcrowded already.

“With much of the groundwork already in place for large-scale reform, it is disappointing that we haven’t yet seen a significant decrease in the numbers of children being sent to prison,” he said.

Ministry of Justice spokesman Chin Malin told The Post on February 18 that he could not say for certain whether the number of children detained in prisons cited by This Life Cambodia was accurate. But he said that Cambodian law always takes children into account.

“Thus, the child is sometimes allowed to temporarily stay with their mother, but not past the age of 3 years. When children are over 3, they are sent to orphanages and other centres that can take care of children,” Malin stated.

He added that Cambodia always thinks about the development, education, and well-being of children first, unless there’s no other option.

Malin stated that generally the law on juvenile justice relates to juveniles who have committed crimes.

“Even though [an offender] may be a juvenile, he may be of an age where he can be held criminally responsible, like for instance a juvenile that is 14-years-old. The law takes into account the juvenile’s situation and detention is only a last resort option,” Malin said.

This Life Cambodia considers all detention to be detrimental to children, and they say it can have long-term effects on their physical and mental health, as well as their family, social and economic relationships.

According to their statistics, there are 1,796 children living in prisons, including 86 girls. This Life Cambodia worked closely with authorities and communities in Siem Reap province and found that children accounted for 13 per cent of the total number of inmates in the province, which is the highest percentage out of all the provincial prisons. 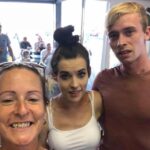 Gran runs off with daughter’s boyfriend 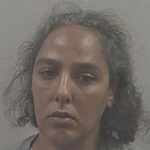 Woman knifed partner and hit him with hammer over £20