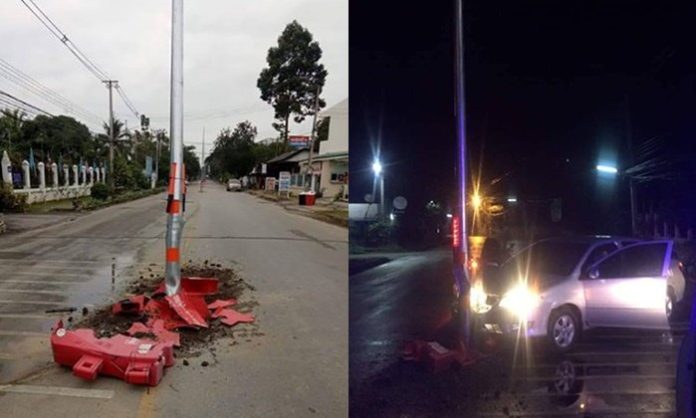 Town planning, Thailand style. A poster on Facebook laid into the authorities in Lamphun in Thailand’s north after pictures were shown of lampposts in the middle of a two-lane road.

One showed signs that it had been hit several times in accidents, reported Sanook.

The posts were unprotected – there was no central divider on the road behind a school in Muang district.

A poster on the “Klum Khon Thai Mai Ow Hap Rei Phaeng Loi” site did not mince his words in condemning the brainless authorities who had this idea, who installed the posts and who allowed it to happen.

“I applaud you all with my feet rather than my hands”, he said in a facetious and expletive-laden rant.

A picture of a car that had hit one of the posts was also posted as netizens commented in droves. 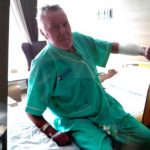 German ex-pat tied up, beaten and robbed in Phuket 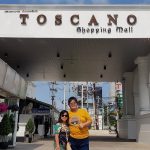