His mission was to find out if it was really true that tourists were being overcharged for taxis and tuk-tuks there and being asked to pay more than Thais for joss-sticks and candles at Wat Suthat.

TNA said the rip-offs have been going on for years and years and most government initiatives have failed.

Phiphat Ratchakitprakarn spoke of how he was working with the education ministry in getting children to act as guides and practice their language skills in the process.

And he promised to have a word with a pal of his in the same political party who is the transport minister about the taxi drivers ripping off the tourists.

Phiphat said it’s time for there to be more fines than just warnings for overcharging drivers.

Phiphat was named as one of the richest politicians with billions of baht of personal wealth after recent assets declarations. 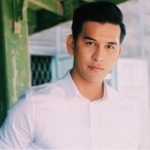