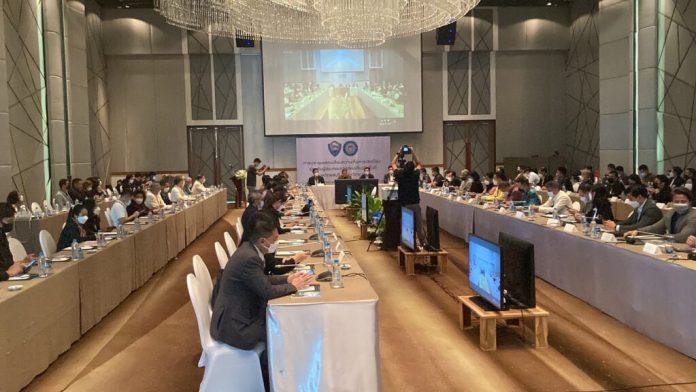 The members of the Chamber of Commerce and Board of Trade of Thailand yesterday, December 22nd, hosted a general meeting with the public and private sectors and tour operators from Chonburi (specifically Pattaya) and Rayong to discuss and exchange views on tourism reopening and the recent suspension of the test and go and sandbox programs in Thailand except for Phuket.

Chairman Sanan Angubolkul stated that this meeting is to share ideas, problems, and guidelines to possibly stimulate tourism while keeping an eye on the Omicron situation with public health and tourism and sports officials and entrepreneurs in Chonburi/Pattaya and Rayong.

The conclusion will be introduced to the Center for Covid-19 Situation Administration (CCSA) for consideration.

Ampai Sakdanukulchit Sliwinski, acting for the Tourism and Sports Department in Chonburi, revealed that after the country reopened in November, the most foreign tourists who visited Chonburi were from Germany, followed by England, South Korea, the United States, and Russia.

As the government declared Chonburi as a Blue (Business, Leisure, Ultimate Experience) pilot tourist zone where alcohol could be sold in qualified restaurants on November 16th, it is believed that the relaxation will generate tourism in the province for both Thai and foreign visitors, she added.

All business leaders agreed that lifting the alcohol ban and easing restrictions on venues to legally sell were critical for the area, especially Pattaya, to recover in terms of tourism.

Business leaders stated that legally allowing entertainment venues to open as soon as possible was also critical for recovery, but understood Omicron concerns.

However, a major concern was raised as the government has canceled the “Test & Go” tourist welcoming scheme, including in Chonburi. Therefore, she encouraged the Thai Chamber of Commerce to push Chonburi, especially the Pattaya area, to join the “Sandbox” project to accommodate tourists like Phuket as hotel operators and tourist attractions in the area are already approved with SHA and SHA-Plus standards.

Tour business operators and their employees are already fully vaccinated.

Pattaya is nearly 90% double vaccinated and now working on a booster program.

Pattaya is only a 2-hour drive from Suvarnabhumi Airport.

Pattaya and Chonburi have a tremendous number of hospitals and capacity.

There are many suitable reasons which in all aspects helps to accommodate tourists,” Ampai suggested.

The attendees at the meeting, who represent business interests from all sectors, agreed that Pattaya at the least should be allowed to be a Sandbox zone even with Test and Go suspended.

Currently, only Phuket is allowed to be a Sandbox zone during the suspension, which we wrote more about here.

The meeting organizers will send the recommendation to the Center for Covid-19 Situation Administration, or CCSA, in Bangkok for further consideration, but stressed that allowing Pattaya to be a Sandbox was critical for the fragile and developing local economy. 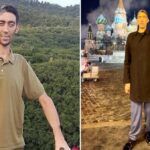 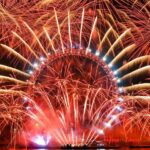