Following the discovery of rampant use of contraband cigarettes in the seven lower southern provinces, the Thai Tobacco Trade Association on Wednesday called on the government to delay the next cigarette tax hike, scheduled for October.

Association director Waraporn Namat noted that a Nida Poll it commissioned found most tobacco retailers in the seven provinces believed cigarettes produced in the country illegally or smuggled in were eating into their revenues.

Half of them acknowledged that smuggled cigarettes were widely available in their provinces, with Songkhla, Satun and Narathiwat seeing the most smuggled smokes.

Many warned that another tax hike on legal cigarettes would prompt more smokers to turn to the contraband variety.

Waraporn said last September’s excise tax increase boosted the retail price of a packet of cigarettes to Bt60, while a smuggled packet could be purchased for just Bt10.

The association learned that the Songkhla Provincial Administrative Organisation was able to collect only Bt7.2 million in taxes on cigarette sales in the first four months of this year, down from Bt12.2 million during the same period last year.

Waraporn said the 41-per-cent drop proved that, because of contraband, the legal trade suffers when taxes rise.

She said if the Finance Ministry raises taxes again in October as planned, the retail price could rise to Bt70 or Bt80 and the market could be flooded with more contraband cigarettes. 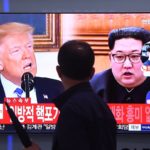