A GUEST at the luxury Bahamas resort where three Americans mysteriously died has claimed they were exposed to toxic substances from a faulty air con unit.

Chris Coucheron-Aamot, who is currently holidaying at the same Sandals hotel, said three of his neighbors had died and a fourth airlifted to hospital in a critical condition.

“There was crim- scene tape and security guards all around our unit,” the New Mexico holidaymaker wrote in a Facebook post.

Coucheron-Aamot suggested there may have been issues with some of the villas’ air-con systems that led to the deaths.

“It sounds like it may have been a fault with the a/c in the unit, causing a toxic coolant leak,” he wrote in a post that appeared to have been written by his partner.

“It was hard to sleep last night – every time the a/c came on, I woke up.

“We’re continuing our vacation because that’s what I would want people to do if I were to have been one who died – celebrate my life by living yours to the fullest.

“That said, our hearts are with those who grieve. May God have mercy on them and us.”

Most air-con units use a chemical called Freon as a coolant, a tasteless and odourless toxic gas which, if inhaled for a prolonged time, can be fatal.

It is not clear if Freon was used in the air-conditioning system at Sandals Emerald Bay resort in the Bahamas.

Sandals has not responded to requests for comment on the air con unit.

The shocking claim comes as one of the victims was named on Sunday.

He was one of three Americans who died at the Sandals Emerald Bay resort in the Bahamas over the weekend.

Vincent’s wife Donnis, who is in her 60s, was rushed to hospital and is said to be in a critical condition.

The couple had been celebrating their anniversary at the luxury resort, Vincent’s son Austin told ABC News, adding he had spoken to his mum on Saturday.

He told the outlet that she had woken up to find the “she couldn’t move” and that Vincent “was laying on the floor”.

“Her legs and arms was swollen and she couldn’t move and she screamed to get someone to come in the door,” Austin said.

Donnis is reportedly now at Kendall Regional facility in Florida.

Vincent was pronounced dead at the scene by a local doctor.

In the second villa, an unidentified man was found “slumped against a wall in a bathroom” while a woman was on the bed.

Both showed signs of vomiting, Royal Bahamas Police Force said in a statement.

Neither showed any signs of trauma.

An initial investigation by police found the couple had “complained of illness the previous evening” and visited a local medical centre to receive treatment before returning to the resort.

Hotel staff came across Vincent’s body shortly after 9am Friday, cops said in their statement.

The three Americans died at the Exuma resort on May 6. A cause of death has not yet been revealed, and autopsy results are pending.

In a statement to DailyMail.com, a Sandals spokesperson said the resort was cooperating with police.

They did not respond to queries regarding a faulty air con unit.

“Nothing is more important to Sandals Resorts than the safety of our guests,” the rep wrote in an emailed statement.

“A health emergency was initially reported and following our protocols we immediately alerted emergency medical professionals and relevant local authorities.

“We are actively working to support both the investigation as well as the guests’ families in every way possible during this difficult time.

“Out of respect for the privacy of our guests, we cannot disclose further information at this time.”

The Sun US has also contacted Sandals for comment.

The company runs luxury all-inclusive resorts for couples in several locations in the Caribbean.

Rooms at the Bahamas resort can cost thousands for a multi-night stay.

Some rooms are two stories and offer butler services. Others have private patios and offer beach access. 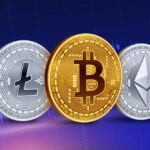 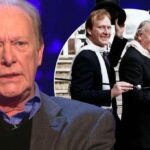