Home » The man who lived in a forest for 30 years 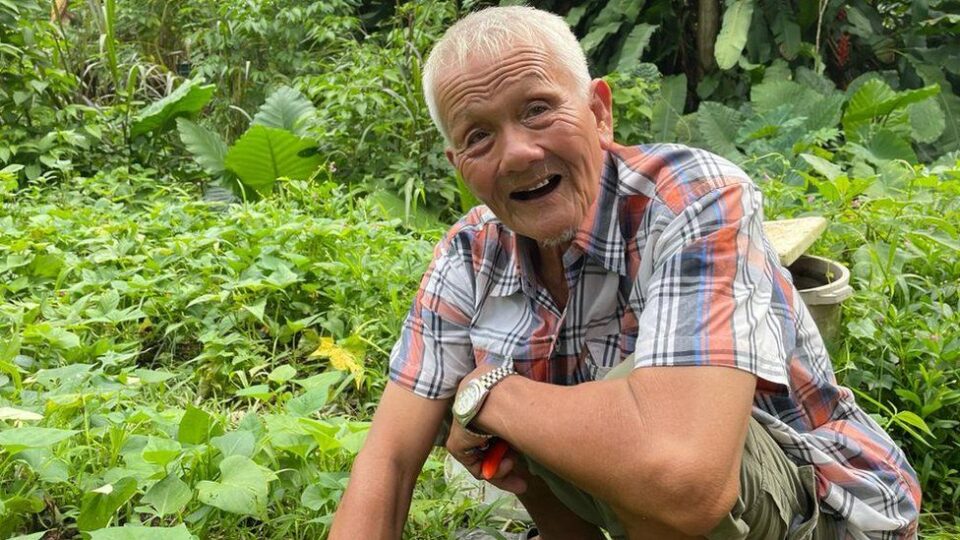 Singapore is known for being one of the world’s most highly urbanised countries in the world, with no lack of gleaming skyscrapers and luxury apartments. But for one man, that couldn’t be further from the place he called home – a makeshift shelter in one of the country’s forests.

On meeting Oh Go Seng the first thing that strikes you is the glint in his eye.

He wears his 79 years very lightly, looking in far better shape than many people half his age.

Earlier this month, the story of Mr Oh living in a forest went viral in Singapore – with many across the country reacting with shock.

Some questioned why more help was not been given to him – and even more curiously, how he had managed to live this life unnoticed for 30 years.

It all began on Christmas Day when Mr Oh was stopped by officials and found to be trading without a licence.

He was selling leafy vegetables and chillies he had grown- after the pandemic caused him to lose his job selling flowers at markets.

Mr Oh believes he was reported by a disgruntled customer after a disagreement over the SG$1 (£0.55) he was charging for his goods.

At that moment, a charity worker was passing, and noticed he was being spoken to by officials who had confiscated his vegetables.

Vivian Pan said she felt “angry” on his behalf, adding “I didn’t want him to go home empty-handed that day”.

“But I understand that, in terms of the law, they can’t sell on the street,” she added.

She filmed the incident and posted it on Facebook, where it quickly went viral – and Mr Oh’s plight was eventually brought to the attention of a local member of parliament.

But then the MP, Liang Eng Hwa, soon discovered that there was far more to Mr Oh’s story.

He had in fact been living unnoticed in a forest for 30 years.

Living in the forest

Mr Oh grew up together with his family in Sungei Tengah – a local kampong – or village.

In the 1980s however, these kampongs were knocked down, to make way for new high-rise buildings.

Most kampong residents were offered new homes by the government, but Mr Oh was unable to secure a place of his own.

His brother however, did get a government flat and Mr Oh was invited to live there – but he eventually moved out as he said he did not want to impose on the family.

So, he headed back to a forest close to where his old home once stood and started to spend nights in a makeshift shelter built from pieces of wood, bamboo and tarpaulin.

Upon approaching the shelter, you see ashes in the doorway from the open fire that Mr Oh would cook on. Piles of his belongings sit in the middle of the shelter, with the back of the tent used as his sleeping area.

The garden near his tent is where he would grow his own food. Clothes lines zig-zag between the trees and a fence protects the vegetable plot from intruders.

The towering jackfruit tree over his tent he says, provided ample shade, and he never felt uncomfortable – despite Singapore’s sweltering tropical heat and humidity.

Loneliness was never a problem either, he says. He kept himself busy tending his garden, although that, he adds, was made easy by the good growing conditions.

The worst aspect of living in the forest, he says, was the mice. They would find their way into his shelter and chew holes in his clothes.

He also worked at various casual jobs when he could get them.

Mr Oh would sometimes use the money he earned to take a ferry to Batam, a small island in neighbouring Indonesia. It was there that he met Madam Tacih with whom he had a daughter.

Still, after his regular weekend visits to Batam, Mr Oh would return to his forest home in Singapore.

Like his family in Singapore, Mr Oh’s wife and daughter, who is now 17, say they had no idea about how he lived.

He would always answer questions about where he lived by saying he “lived in a garden”, a relative says.

Mr Oh’s trips to Batam stopped once the pandemic hit, with Singapore largely closing its borders and allowing travel only for those willing to pay for quarantine and Covid-19 tests.

However, he still persisted in helping his family financially by sending them between S$500 – S$600 a month.

Homelessness is relatively rare in Singapore. The country has, on average, one of the wealthiest populations on Earth.

The city state’s gross domestic product (GDP) per capita stands at almost $60,000 (£44,300), according to the latest figures from the World Bank.

Singapore also has an extensive public housing system, with close to 80% of its residents living in property subsidised, built and managed by the Housing Development Board (HDB).

However, although rough sleepers are not a common sight in the city it has been estimated that around 1,000 Singaporeans are homeless.

‘I got to watch television for the first time’

In February this year – on the first day of the Lunar New Year – with the assistance of his local MP’s team, Mr Oh was given a new home to live in.

Mr Liang said the team would continue “assisting Mr Oh, including seeking longer term social assistance [and assisting him in] reuniting with his wife and daughter in Indonesia”.

The one bedroom flat he now shares with another man, is small and sparsely furnished.

The few personal possessions in the flat have been supplemented by a fridge, television, kettle and water heater donated by well-wishers.

Mr Oh is particularly pleased with the water heater. He was accustomed to washing in water from the pond next to his shelter in the forest and found tap water too cold.

He now works as a driver, transporting foreign workers from one job to another, and sometimes does gardening work, he says.

His moving-in day was also the first time in more than three decades that he had celebrated the Lunar New Year with his family in Singapore.

“I ate so much! And there were many kinds of food I hadn’t tasted in years!,” he laughs.

“It was wonderful. I also got to watch television for the first time in more than 30 years. I enjoyed it so much.”

However, he clearly still misses the freedom of life in the forest, though he says he prefers living in a flat.

“I lived there for so many years, so yes naturally I do miss it,” he said in Hokkien, a Chinese dialect.

“Even now I return to the forest every single day. I wake up at 3 AM, get dressed and head out to check on my vegetables, all before my workday begins.” 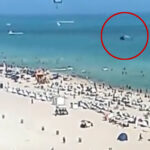 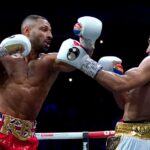