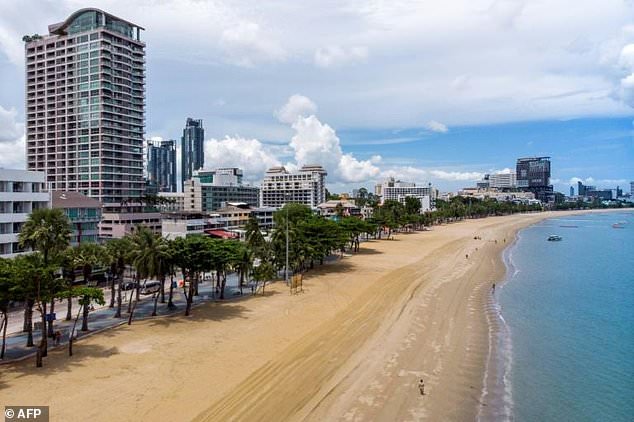 People returned to some of Thailand’s famed sandy beaches Monday, keeping well apart but enjoying the outdoors, as authorities eased some coronavirus restrictions for the first time in more than two months.

In Pattaya, visitors marvelled at the clarity of the turquoise-blue waters of the Gulf of Thailand, as pensioners eager for exercise promenaded along the beach.

German expatriate Heidi Glemeau, was one of the first to take an early morning dip in the water, and couldn’t believe how empty it was.

“I couldn’t resist the temptation,” she told AFP. “It’s become a paradise — just like it was 30 years ago.”

Not all beaches were closed during the lockdown, and not all re-opened Monday.

Phuket, in the south, is still off-limits, while sleepy Hua Hin remained open throughout.

Thailand has been under various lockdown restrictions since mid-March, when authorities declared a state of emergency against the coronavirus — shuttering malls, leisure centres and public spaces, including its famed beaches.

But the number of new infections slowed in May, and on Monday cinemas as well as tattoo and massage parlours across the kingdom were given the green light to return to business.

“I think it’s been long enough,” said Nutthawut Kanasup, 29, who waited for a foot massage at a downtown Bangkok spa.

Student Prayos Plodchai, who had tickets for US blockbuster “Bloodshot”, said he was not very confident about the hygiene standards at Central World mall’s cinema.

“But I’m willing to take the risk because I’ve been stuck at home for so long,” the 19-year-old said.

Official records show the kingdom escaped the worst of the disease relatively lightly, recording just over 3,000 infections and 57 deaths.

Some experts, however, say a lack of testing may mask the true toll.

Regardless, the exodus of foreigners and a ban on new arrivals hit the economy hard — particularly as the country is so reliant on tourist dollars in resorts such as Pattaya.

Tourism revenues dropped by 40 percent in the first three months of the year, and the government has warned the virus’ impact on the second quarter will be more severe.

A major tourist destination with an infamous nightlife and red-light district, Pattaya has turned into a virtual ghost town.

Bars and clubs remain shuttered, however, and it is not clear when normal activity will resume. 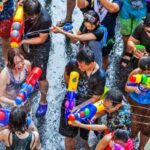 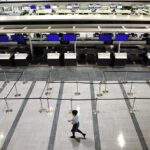