Home » Thailand seizes THB1.7 billion worth of meth in ‘one of the biggest’ drugs hauls

Thailand seizes THB1.7 billion worth of meth in ‘one of the biggest’ drugs hauls

Early Tuesday authorities found some 788 kilograms (1,737 pounds) of crystal meth — a high-purity form of the stimulant — in an abandoned pickup truck in northern Chiang Rai province, the heart of the notorious “Golden Triangle” drug producing zone.

More than nine million meth tablets were also found in fertilizer bags inside the vehicle, which lay some 100 meters away from the banks of the Mekong river that divides Thailand and Laos.

Local media reported that the drugs were estimated at THB1.7 billion ($US54.5 million) in value.

“Both type of drugs were found in the abandoned pickup truck… in Wiang Kaen district in Chiang Rai province,” a military official told AFP, requesting anonymity.

He said the drug smugglers had already fled while authorities have detained three Thai men suspected of preparing to move the cache to the next destination.

The Golden Triangle — a remote region where northern Thailand, Myanmar, and Laos meet — is a base for cartels who churn out huge quantities of opium and meth that are smuggled through porous borders to countries across Asia.

The drug is often smuggled south into Thailand, mostly destined for Malaysia or even Australia — the world’s largest per capita consumer of crystal meth — where the price surges.

The pick-up truck seizure, which drug officials said was “one of the biggest” in recent memory, came less than a week after authorities confiscated 700 kilograms of crystal meth in a truck traveling down Thailand’s southern tip, which leads to Malaysia.

The drugs were found on March 28 among fruit packed into a six-wheel truck in Chumphon province.

“The drugs were being transported via Thailand to Malaysia and destined for third countries,” said Soonthorn Chalermkiat from the Narcotics Suppression Bureau.

Two Thai and two Malaysian trafficking suspects have been arrested, he added.

Record amounts of yaba and the more addictive ice are being seized by Thai police.

But drug experts say the busts have done little to dent production, with cartels easily making up for the confiscations and no palpable increase in street prices. 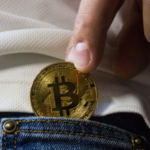