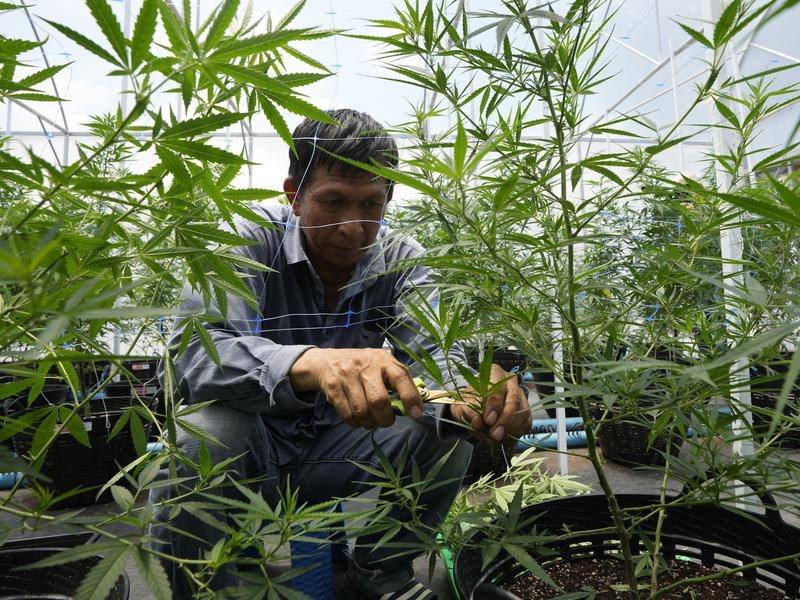 Cannabis may have been decriminalised but its use is far from liberalised as experts warn of potential problems with enforcing the laws connected to the plant and the cannabis policy being politicised.

Concerns from many quarters have mounted after cannabis was dropped as a narcotic and instead listed as a controlled herb under the Traditional Medicine Wisdom Protection and Promotion Act.

The plant was put on the list of controlled herbs in mid-June after it was removed from the country’s narcotics list to better regulate its use.

However, a more detailed law on cannabis and hemp covering rules and regulations is still pending and that is where debate has taken a fierce turn.

Parliament is working to pass the Cannabis and Hemp Act. The bill is supposed to set the rules governing how to control the use of the cannabis and cannabis-derived products. The House committee vetting the content has wrapped up work on the measure, to be put to the second and third readings. 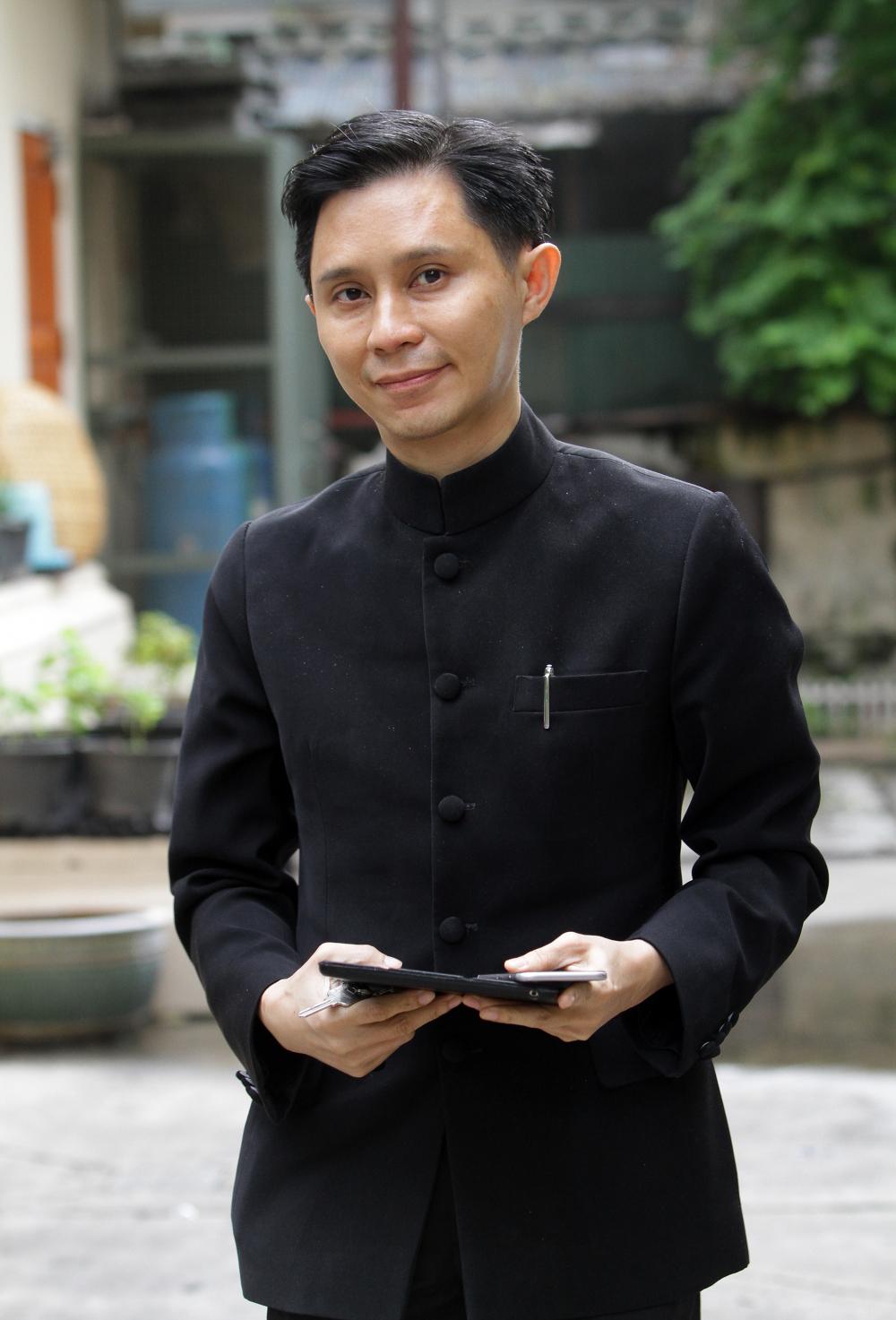 The law has crucial objectives: to keep tabs on abuse of cannabis meant for medicine and research and allow revenue to be generated from cannabis-based industries.

Fundamentally, extracts from cannabis are regarded is legal for use as long as its THC (tetrahydrocannabinol, its chief psychoactive agent) level does not exceed 0.2%. “Anything above that is classified as a narcotic, plain and simple,” he said, adding no prior permission is required for use of cannabis, except its flowers.

The law also distinguishes cannabis from hemp as the two plants demand different sets of regulations. Hemp, for example, has less THC and is more fibrous and so is better suited for garment production than cannabis.

However, the Cannabis and Hemp Act would not cover all things cannabis. If the cannabis in any shape or form is mixed in food, the food and drug law will be enforced to ensure safety for consumers. The THC level in a single piece of cracker may not be above 0.1 part in a million parts.

Also, people are limited to growing no more than 15 cannabis or hemp plants at home for household consumption. The growing and use of the plants is off-limits to those under 20 and a violation of the law would cause the licence to grow and use the plants to be revoked. 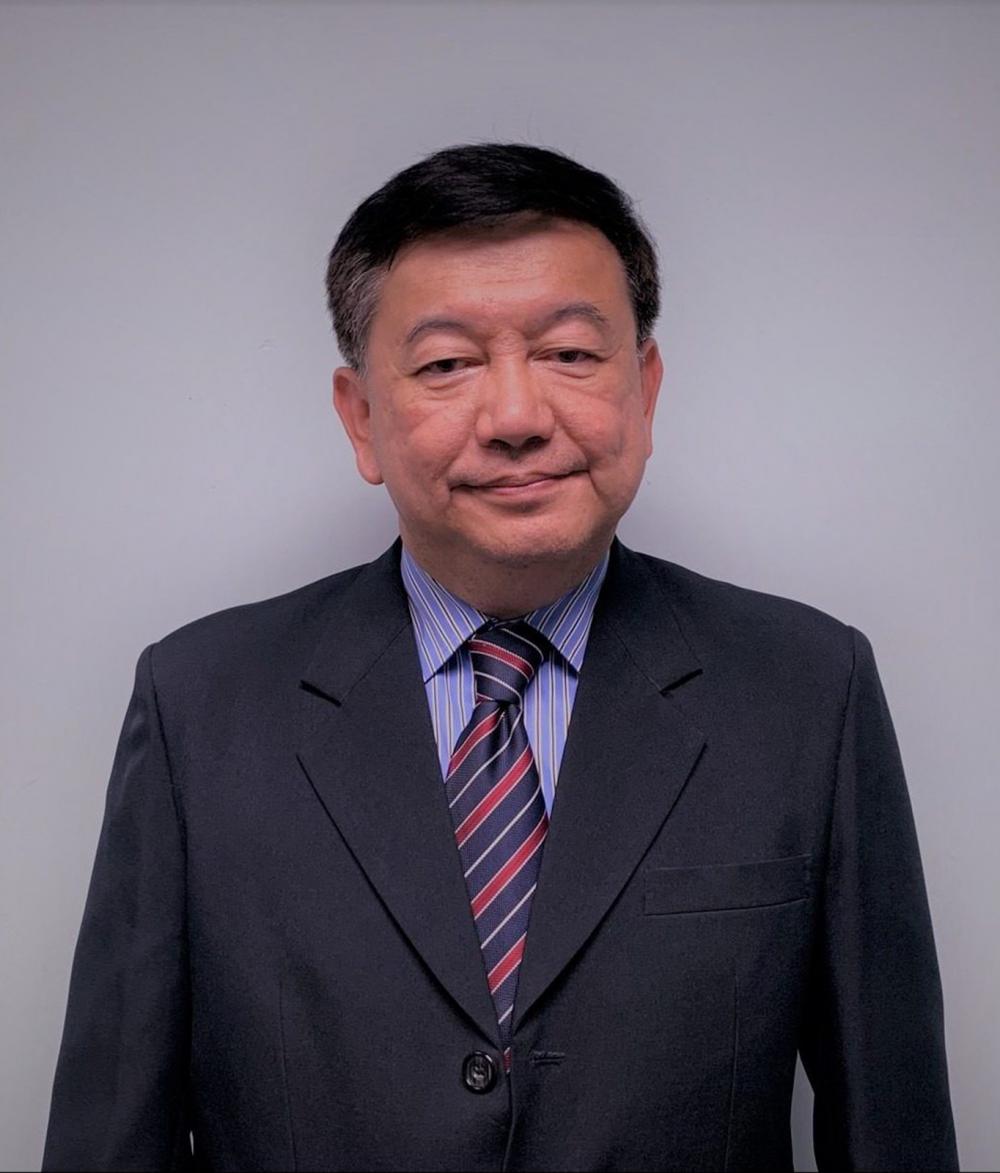 The age restriction also applies to those who take care of the plants in their gardens. Anyone who assigns minors to do the job is punishable by up to three years, a maximum fine of 300,000 baht or both.

The heaviest punishable prescribed by the Cannabis and Hemp Act would be for importing cannabis or hemp without permission. Offenders face up to five years imprisonment, maximum 500,000 baht or both.

Mr Panthep added, however, that no licence is needed for growing and harvesting hemp on a land covering no more than five rai for its fibre to be woven into fabric in keeping with local tradition and custom. But such fabrics cannot be sold.

Smoking of cannabis is permitted as part of medical treatment at medical facilities. This is reserved for the terminally-ill or to prevent a patient’s condition from lapsing. 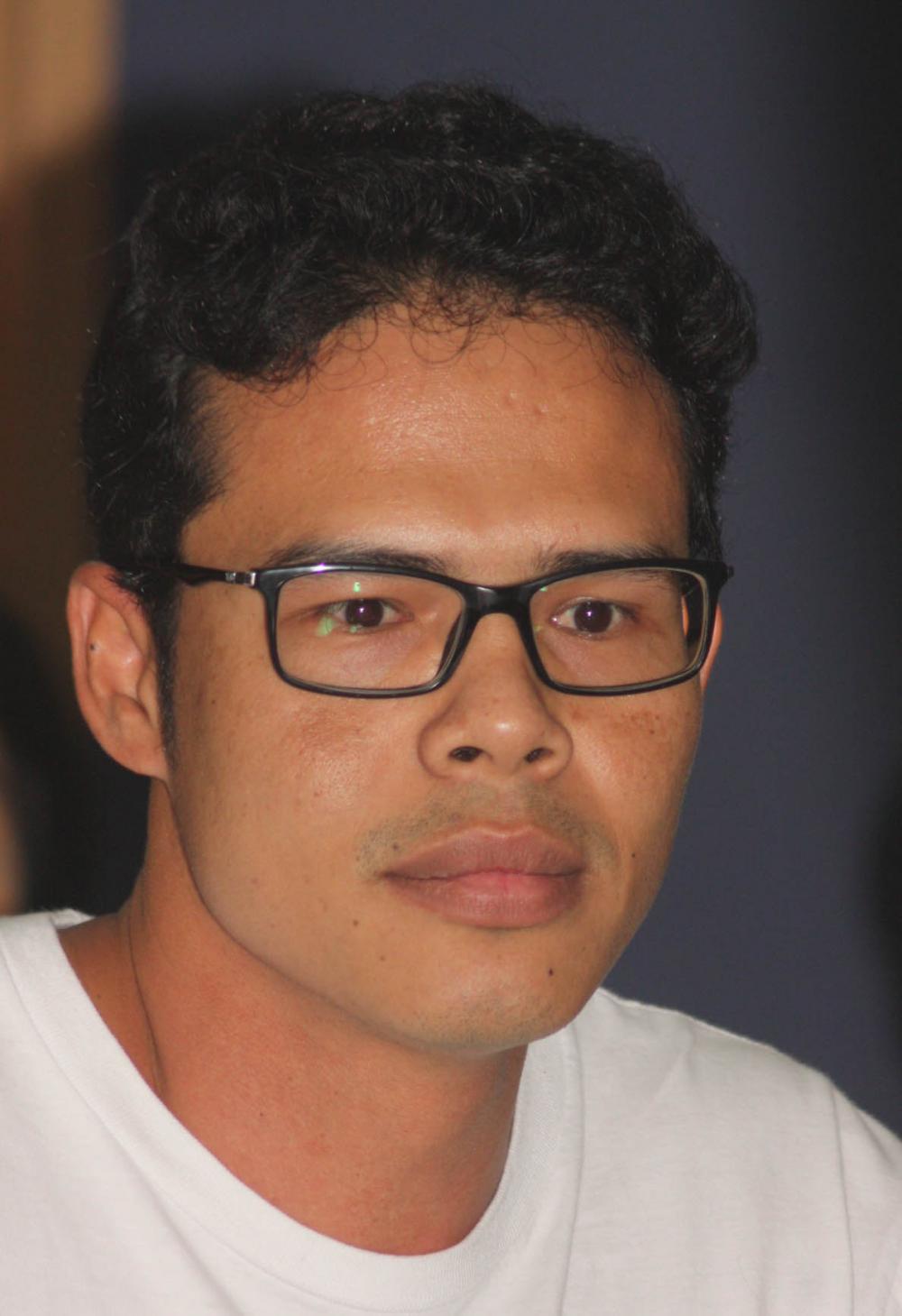 Mr Panthep said the bill on cannabis and hemp was scrutinised by members of the House committee, representative of wide-ranging social groups.

They include people who opposed cannabis being decriminalised, individuals advocating cannabis-based medicine, those in favour of stringent measures to control the plant and those believing that cannabis could pull in tourists.

“But none said the use of cannabis shouldn’t be regulated. This law has been screened by many diverse pairs of eyes and minds. It has been diligently considered by all sides,” he said.

Mr Panthep acknowledged concerns associated with the enforcement of the bill.

The gap before enactment of the law has created a loophole for abuse of the plant, often through confusion among people mistakenly thinking cannabis is free and open for use anywhere. “Some smoke pot in public areas or peddle weed to minors. What are the authorities doing about it?” he said.

“How was it possible that parts of Koh Phangan were given up to cannabis smoking? The law must be applied strictly,” said the House committee spkesman.

In terms of economics, the committee weighed the pros and cons of the industries cashing in on cannabis. For example, using cannabis as an ingredient in food production involves getting approval from several agencies including the Food and Drug Administration (FDA).

The committee mulled over how thousands of products containing cannabis could be marketed, how they could be further developed and whether they would be well-received by overseas visitors.

It is up to the government to devise a policy reallising the goal of generating money from commercialising cannabis. “At the end of the day, the government designs policies and implements them. If it wants to drive the economy using cannabis, it must also know how to rein the plant in.

“Economic stimulation and health safety must go hand in hand,” Mr Panthep said, adding he believed the economic value to be earned from cannabis could top 50 billion baht a year. 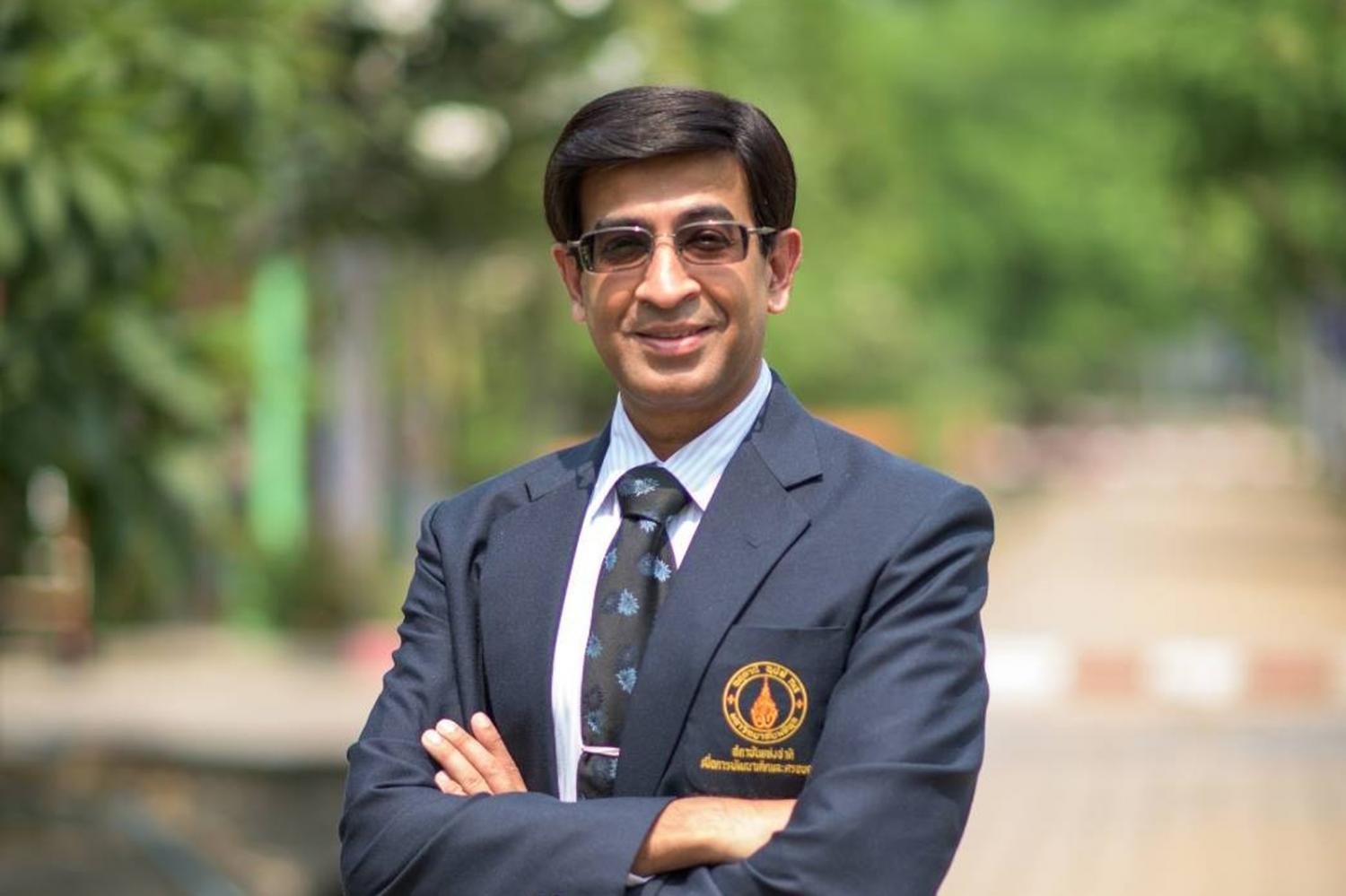 However, Kanok Wongtra-ngan, deputy chairman of the vetting committee, said the bill on cannabis and hemp is clearly intended for the plants to serve medical and business purposes. It is also fraught with weaknesses.

Since the licences for opening and running cannabis-based businesses need approval from the FDA and the Office of the Narcotics Control Board (ONCB), only “big fish” in the industry stand a chance of making the cut to operate and sustain the businesses, leaving small and medium-size enterprises (SMEs) out in the cold.

Also, people who have invested in farming cannabis for profit will lose a lot of money as people are allowed to grow the plant as a backyard herb.

Mr Kanok said cannabis should not be treated as a political commodity for electioneering since it can do harm to people prone to being misled by messages of a “glorified” cannabis. The use of cannabis should benefit medicine and industry, farmers and SMEs while also protecting youth from abuse of the plant. These are the vital objectives of the bill which must be communicated to the people.

“A balance must be struck somewhere although it might be easier said than done. To describe the use of cannabis as being liberalised is political rhetoric intended to advance political gains,” he said. The Public Health Ministry and the ONCB must agree on the objectives before they can be enforced, he said.

The law itself is complex and could be interpreted in different ways, which may impede its enforcement. “Suppose I grow a patch of cannabis in my garden as herbal medicine strictly for personal use. How will the police know if I have broken the law by sharing the plants with my neighbour?” he said.

Meanwhile, Dr Suriyadeo Tripathi, director of the Center for Morality Promotion, said a double standard in legal enforcement could wreak havoc in suppression of law violators.

Clarity in the legal definition of cannabis as a cash crop for specific uses, such as medical treatment under strict supervision of experts, would have eliminated the need to issue many regulations that are too detailed and impractical.

“Now that we let households grow their own cannabis, how can we guarantee that youngsters won’t pick the plants and brew an addictive cocktail out of them?” he said.

He said he sympathised with the police, who will have to navigate a maze of legality to find out who offenders are under the cannabis bill.

There is also the danger to health from not knowing how much cannabis one can consume. A lack of effective controls on cannabis use would not be helpful to the trend where youth are increasingly exposed to narcotics, Dr Suriyadeo said.

He suggested access to the licence for planting cannabis should be restricted to community enterprises which supply the plant to authorised parties, and not open to households.

Prasitthichai Nunual, secretary-general of the southern private organisations coordination centre and member of the committee scrutinising the bill, said cannabis use is highly regulated under the bill.

He allayed fears that cannabis would trigger mass addiction, saying people who experimented with the plant did not like its smell and taste.

Dr Shawanun Charnsil, president of the Psychiatric Association of Thailand, said the bill offers no legal safeguards against improper use of cannabis and favours the plant’s business potential over medical gains. Allowing the weed to be smoked at home does not stop people from overusing it and causing erratic behaviour that could endanger others. 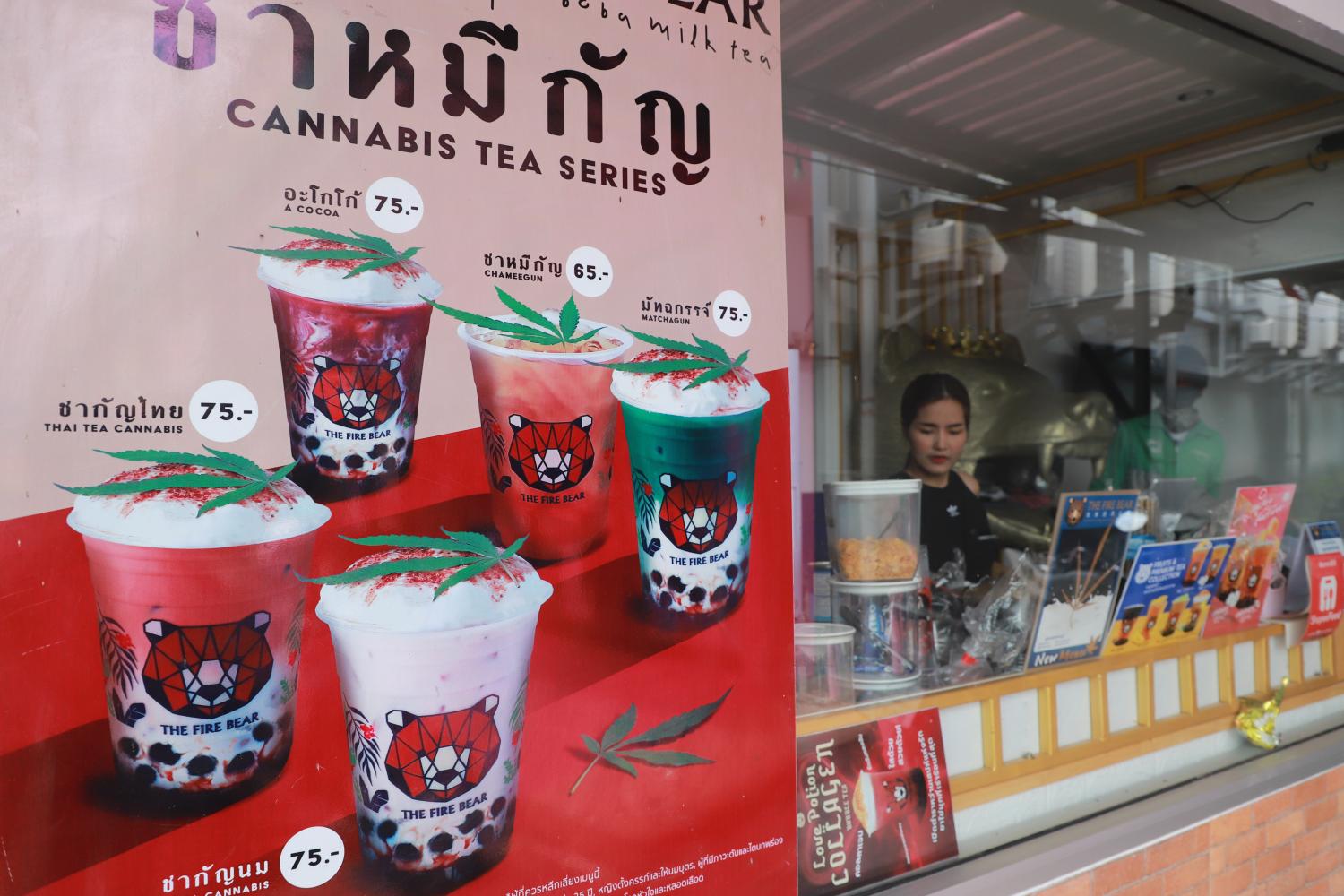 Tea break: A shop advertises an offer of a range of cannabis bubble tea series in Samut Prakan. A bill is on its way to enactment, which promises to impose regulation of the use of cannabis. 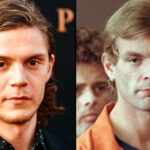 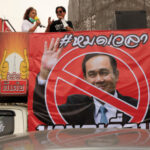 People not worried by anti-Prayut protests over 8-year tenure