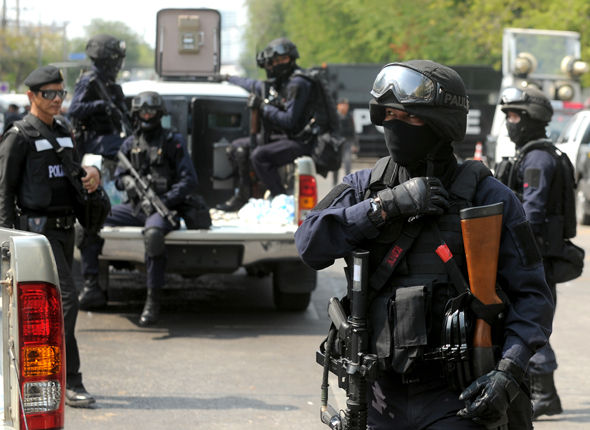 Thailand, popularly known as the Land of Smiles,’ is no longer smiling so much as fears grow that the rapidly rising inflow of tourists may be undermining the country’s national security.

Even as Thailand hit a record 38.3 million visitors last year, the issue has taken on added urgency following recent proposals to grant visa-free access to tourists from China and India, which together accounted for almost a third of the country’s visitors in 2018.

Since 2013, when the annual influx of tourists nearly topped 30 million – mainly due to a meteoric rise in the number of Chinese visitors – Thai authorities have been struggling to monitor the whereabouts of foreigners, largely because of the shortcomings of the country’s traditional, paper-based system for registering entries.

But the country’s immigration bureau remains understaffed, and would have faced significant increased pressure as a result of the visa-free regime for Chinese and Indian visitors, which was proposed by the Ministry of Tourism and Sport in July.

The plan was part of a broader campaign to boost the number of tourists to 40 million a year to help reignite the country’s stuttering economy, which has been badly hit by the fallout from the intensifying trade war between the U.S. and China.

Exports to China fell 15% in June from a year earlier, following a 7% drop in May.

The strong baht – currently trading at about 30.7 to the dollar – has also hindered Thai exports. Ghanyapad Tantipipatpong, chairwoman of the Thai National Shippers’ Council, said in July that exporters wanted to see the currency decline to between 32 and 33 to the dollar.

Thailand is already a popular destination for Chinese and Indian tourists, in part because of its central location in Southeast Asia and widely available budget flights, and in part because its culture reflects the historical influence of its two giant near-neighbors.

This year, an estimated 11 million Chinese and 2 million Indians are expected to visit.

Tourists from 19 countries, including China and India, can obtain visas at Thai entry points by paying a fee of 2,000 baht, and the fee has recently been waived for visitors who can provide certain supporting documents.

However, the tourism ministry’s proposal for visa-free entry proved to be a step too far for most Thais, triggering media claims that the proposal amounted to a sellout of the country’s sovereignty.

The cabinet, headed by Prime Minister Prayuth Chan-ocha, rejected the plan, citing security threats – the first time a Thai government has formally acknowledged that increasing the number of tourists could be problematic.

Prayuth, a former army chief who led a military coup in 2014 and now heads a civilian government, called for increased monitoring of foreign visitors, noting warnings from Western intelligence agencies that Thailand is becoming a rendezvous point for terrorists and extremist groups plotting attacks elsewhere. 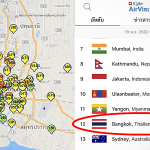 Bangkok ranks 12th on list of cities with the worst air 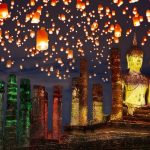