Home » Thailand pulls out of 2020 Olympic weightlifting over doping

Thailand has volunteered to ban itself from Tokyo Olympic Games weightlifting next year because of doping, another blow to a sport whose place on the Olympic program is precarious.

The self-imposed ban also means Thailand will still stage the world championships in Pattaya in September but with no home competitors, the International Weightlifting Federation said on Friday.

The decisions follow eight failed drug tests for the Thai team that competed at the last worlds in November, including doping cases against three women who won world titles.

Thailand is a traditional power in weightlifting, especially in the lighter classes, and the IWF says the cases have “potential consequences that seriously damage the integrity of the sport.”

All of the doping cases involve at least one substance of the banned adiol type, with some lifters testing positive for multiple drugs.

Thailand’s doping cases were a fresh embarrassment for weightlifting, which is under pressure from the International Olympic Committee. Weightlifting has only a provisional place on the program for the 2024 Paris Olympics on condition it cracks down on doping.

Dozens of weightlifters who competed at the last three Olympics have later tested positive. Russia and China were among nine countries banned from international competition for a year in 2017 after racking up numerous doping cases.

Russia and Bulgaria also missed the 2016 Olympics over doping, and countries with major drug problems will have fewer qualifying place for next year’s games in Tokyo. 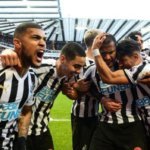