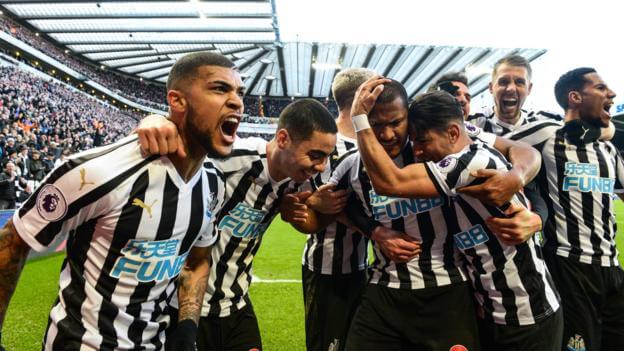 Ayoze Pérez and Jordan Pickford stole most of the headlines, except for a few referee Lee Mason howlers, as Newcastle fought back from 2-0 down after 32 minutes to win 3-2.

For Pérez he took the man of the match award. For Pickford, he took a much different award. Possibly clown of the match who should have been red carded for his rugby challenge on Salomón Rondón after 29 minutes.

After 18 minutes Lucas Digne put over a great cross from Everton’ s left where Dominic Calvert-Lewin managed to get in front of his marker to plant a glancing header passed Newcastle’s keeper Martin Dubravka. Calvert-Lewin has now scored two in three games and six for the season.

Former Sunderland keeper Jordan Pickford, as you would expect for a former Sunderland player returning to St. James’ Park, received the mandatory jeers from the home crowd at every opportunity. These reached crescendo levels after 29 minutes.

Matt Ritchie swung a cross over from the left and Pickford came out to collect it with a routine catch. But he dropped it right at Salomón Rondón’s feet and, possibly slightly disorientated, he lunged at Rondón with a rugby-style challenge. Mason pointed to the spot and reached into his pocket. It had to be a red card. Pickford had to go.

A few seconds later, diving to his left, Pickford saved Ritchie’s penalty with this trailing right foot. The home crowd were incensed and vented more rage at Pickford. Somehow he’d managed to stay on the pitch.

Two minutes later André Gomes powered into the right side of Newcastle’s box and drove a firm cross into the six-yard box. Dubravka managed to get a palm to the ball but only managed to direct it straight to Richarlison for a simple tap in and 2-0 to Everton a half-time.

The home crowd were still fuming as the second-half progressed but were given cause to cheer after 65 minutes as Rondón and Pérez exchanged passes that left Rondón in the clear around Everton’s penalty spot. His left foot volley found the bottom corner.

The Pérez show, that had been bubbling along quite nicely all game, kicked into gear after 81 minutes. New boy Miguel Almirón hit a sizzling and fizzing shot from just outside the D of the penalty box. Pickford, with the ball coming straight at him, could only palm it straight back to Pérez who accepted his offer to score. That certainly cheered the home fans up!

Three minutes later a corner on Newcastle’s left, taken by the returning Jonjo Shelvey, could only be partially cleared by Everton and Isaac Hayden hooked the ball back in where five Newcastle players were clearly offside. Somehow the officials missed it and as Rondón tried to gain control Pérez stepped in to fire the winner.

With VAR this might have been a different game:

But under the current rules, Newcastle deserved their win although Southgate will be concerned with Pickford. In the World Cup he looked assured and one of England’s best players. Yesterday he looked on a different level and, as Ian Wright said, he might have been too mixed up with the home crowd-baiting him.

Instead of focusing on his game he joined in with a few face gestures that didn’t go down well. There’s no need for that Jordan. You were lucky to be on the pitch and for many fans, the result meant poetic justice.

Man of the match: Ayoze Perez 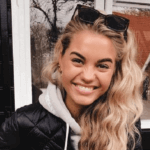 Thailand pulls out of 2020 Olympic weightlifting over doping