An investigation has started into a corruption scandal involving Thai monks and 140 Million Baht in embezzled state subsidies.
POLICE have summoned four senior monks to answer charges related to a temple-subsidy corruption scandal.

He added that Phra Thep Sanabodee would face an additional charge of faking official documents.

According to the CCD, the four monks and 15 other suspects embezzled state subsidies for 23 temples between 2012 and 2017, causing damages of about Bt140 million.

“We have already informed the Sangha Supreme Council [SSC] and also the National Buddhism Office [NBO] of these monks’ alleged role in the corruption,” Warayut said.

He said the move was meant to trigger criminal proceedings and monastic actions against the offenders.

He denied speculation that some SSC members had been involved in the corruption.

“No, I have not received any report that senior monks in the SSC are implicated,” Omsin said.

Initially, the CCD investigated 11 temples and detected irregularities with the amount of embezzled funds estimated to be Bt60 million.

When the investigation expanded further, the department found irregularities at 23 other temples leading to the summonses for the four monks and their alleged accomplices.

To date, six suspects in the case have already come forward to acknowledge the charges but denied wrongdoing.

Phanom also said he was not involved in corruption, although a search of his home last week uncovered gold bars weighing about 1.2 kilograms and worth about Bt1.76 million. 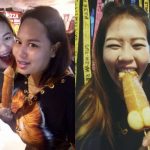