Authorities and Thais living in South Korea this week rescued a 20-year-old Thai ladyboy who’d been lured to Pusan with a promise of work in a cabaret but was instead forced into prostitution.

He first managed to escape from a Pusan condominium where he had been illegally confined.

The victim, whose name has not been released due to the nature of the alleged crimes, was welcomed back to Thailand on Tuesday night by his 46-year-old mother, a former TV host.

He had pleaded for her help via a Line chat message sent while he was in the toilet, out of sight of his alleged captors.

His mother alerted Thai police, who coordinated with their South Korean counterparts.

Meanwhile a Thai non-governmental organisation in the country had launched its own rescue bid and determined his exact location.

It sent a taxi to pick up him up after he sneaked out of the condo in the early hours of New Year’s Day without extra clothes, shoes or other belongings.

The group paid the 600-kilometre taxi fare from Pusan to the home of another Thai compatriot in Seoul – an amount equivalent to Bt15,000 – contacted the authorities and arranged for his safe return to Thailand. 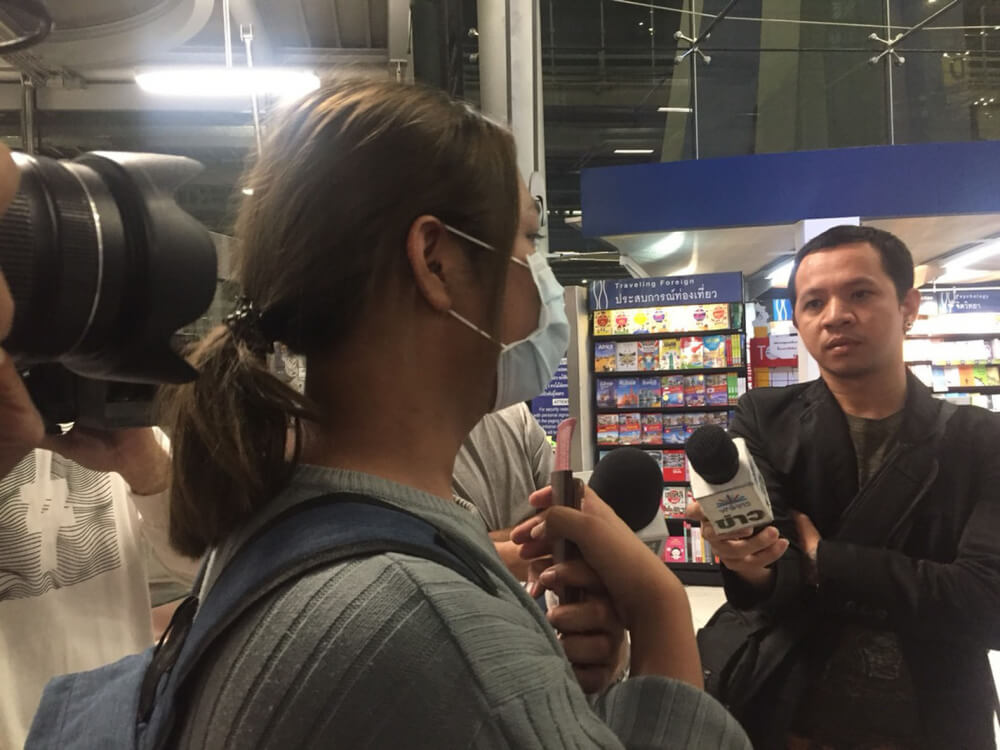 His mother said she was waiting with Thai police for news of the escape and was immensely relieved to hear at 2am that he’d got away safely.

Thanking everyone involved, she offered to repay the Bt17,000 plane fare advanced for her son’s flight home.

Police are gathering evidence to prosecute the gang and its accomplices.