A children’s rights activist called on the authorities on Saturday to investigate the case of a father allegedly forcing his 13-year-old daughter to have sex with a drug pusher in exchange for marijuana.

Surachai Kho-arsa, director of Ban Nok Khamin, a home for homeless children, said he learned of the case from residents in a community off Soi Ramkhamhaeng 9.

He said the residents told him that the man allegedly sent his daughter to sleep with a drug pusher every week in exchange for a stock of marijuana.

He added that the residents had reported the incident to certain government agencies, but with no action being taken, they decided to post the issue on Facebook to capture the attention of the authorities. 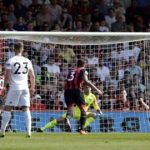 Celebs Who Asked For More Money And Then Got Fired