Home » THAI ELECTION FOR DUMMIES: HOW, WHEN, WHERE TO CAST YOUR VOTE

The time has come. Thailand will vote next month in the first election since the junta seized the power five years ago.

Apart from having dozens of new parties competing in the long-awaited polls to decide the country’s future, notable changes have been made in the new electoral system under the current junta-written constitution.

For example, voters will have only one ballot to cast for their preferred candidate in a district, unlike previous polls where voters were given a second for the party-list slate of MPs.

Here is a guide we hope is useful for eligible voters, many of whom will be casting ballots for the first time.

Who’s Eligible?
Those 18 and up on Election Day. Meaning they must have been born on or before March 24, 2001.

Those holding Thai nationality for at least five years.

No monks, novices, incarcerated felons, people with mental disorders or others whose right of suffrage has been revoked are eligible.

Before You Vote
Find out where your polling station is in advance. The Election Commission will mail information about voters’ polling stations not more than 20 days prior the election to their registered homes. Names and polling places can also be checked on the official site www.khonthai.com

Voters wishing to vote outside their registered home district have until midnight on Feb. 19 to register online for early voting athttps://election.bora.dopa.go.th/ectoutvote. They will be able to vote at their new polling place 8am to 5pm on March 17.

Voters living or traveling abroad on Election Day also have until midnight on Feb. 19 to register for advanced voting at https://election.bora.dopa.go.th/ectabroad. Early voting date will take place March 4 to March 16 depending on where they are located. Information about how to vote and the schedule are available online.

For example, eligible voters in California can register at the Thai consulate in Los Angeles, then wait for a ballot to arrive at their home address. They must then follow the instructions included with the ballot before sending it back by mail to the indicated address for arrival by March 15.

Election Day
Be on time. Polling stations will open 8am to 5pm on March 24 – extended two hours from previous years.
Eligible voters must bring their national ID. Expired IDs will also be accepted. If voters don’t have an ID card, they can provide other official government-issued documents that shows their 13-digit Thai citizen number (e.g. driver’s license, public servant card or passport).

Alcohol sales will be banned nationwide from 6pm on March 23 until 6pm on Election Day. Drinking alcohol will not be forbidden.
Taking photos of marked ballots will be forbidden. 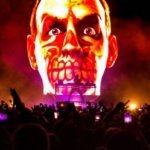