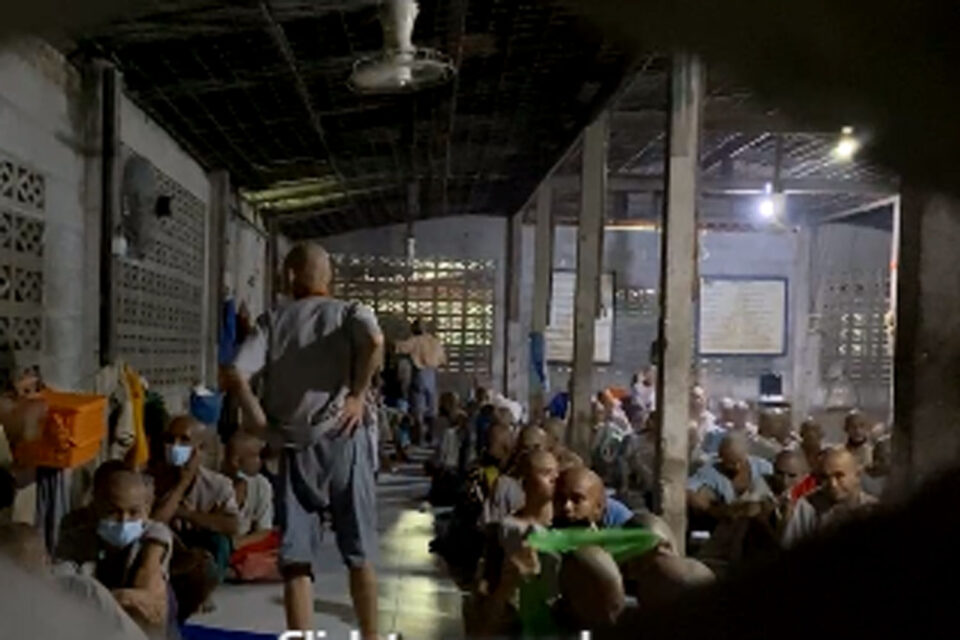 A popular shaman and a lawyer on Wednesday asked Crime Suppression Division police to take action against a drug rehabilitation center at a temple in Kanchanaburi for alleged torture and other human rights abuses.

Soldiers entered the rehab centre on Monday. They found the men crammed into a single room in the temple grounds.

The men had been sent to the drug rehabilitation centre for treatment, some by their parents and others by police.

A total of 216 men were freed by the soldiers and taken by trucks to a  field hospital at the army’s Khao Chon Kai training camp in Muang district of Kanchanaburi on Monday night.

Mr Jeeraphan said living conditions at the temple facility were atrocious. It was more like Hell on Earth than a drug rehabilitation centre.

The shaman and the lawyer also took news reporters to inspect the facility on Monday.

Kanchanaburi governor Jeerakiart Phumsawat also arrived at the temple after Mr Jeeraphan phoned him to report on the conditions there.

Mr Jeeraphan said he had earlier filed a report at Dan Makhamtia police station, but officers there seemed to belittle what he told them. He felt “unsafe”, and decided to ask the CSD for help, he said.

The rescue operation at the facility was streamed live on Mr Jeeraphan’s Facebook page, and drew a shocked response.

It showed hundreds of addicts living in extremely poor, crowded conditions inside a locked room with only two bathrooms. (continues below)

Media reported the addicts were there both voluntarily and as a condition of their release by police. Some had been committed by their family, others offered rehab at the temple in exchange for a clean criminal record.

All had to pay 12,000 baht each once they agreed to treatment, and an additional 2,000 baht a month for food. The treatment was by 12-month contract. Another 10,000 baht was demanded for an early discharge or breach of contract.

“In my view, there is an organised gang involving police, temple and rescue workers,” Mr Jeeraphan said.

“It’s unusual that police from Kalasin and Roi Et provinces took so many people involved in illicit drugs to this temple for rehabilitation. At some villages, 10 or more people were sent there.

“I do hope that national police chief Pol Gen Suwat Jangyodsuk will watch the TV news coverage of this facility and investigate it. If any bad fingers are found, will he (police chief) cut them off?  If not, he will cut his own fingers, won’t he?’’ the shaman said.

Mr Paisarn echoed the shaman’s remark about an organised gang operating at the rehabilitation centre.

The lawyer said what went on there was no different to human trafficking, starting with procuring people, sending them to the facility, demanding money, and torturing and beating them.

Importantly, two or three people had reportedly died while “in treatment”, and no autopsies were performed, Mr Paisarn said.

Some of the people sent here were not drug addicts but people charged with other offences such as brawling and physical assault.

They were taken there by police who told the offenders’ parents that charges would be dropped if they entered treatment for a year at the temple’s rehab centre.

The parents had to pay the fees, Mr Paisarn said.

One of those rescued said he was delighted to be out of the place.

He had been in “rehabilitation” at the temple for nine months. Before being sent there he was given a lung X-ray. There were no blood tests for drug use, he said.

The man’s name was withheld.

He said life at the rehab centre was like being in jail.

He was given one meal a day and had to get up at 3.45am to pray. If his prayers were not loud enough, or he failed to satisfy those in charge in some other way, they would refuse him his food.

He said he was given only the one meal a day even though his parents sent money to the temple every month for his rations.

When government officials came to inspect the living conditions, the truth was covered up.

He and the other patients could not reveal what was going on, because they would have been punished.

On Wednesday, it was reported the rehab centre had been closed.

The temple management said it was closed because there was no longer anyone to supervise it, reports said.

The abbot who had initiated the rehabilitation project had died on Monday. He had suffered from ill health, and his condition deteriorated under the stress of the allegations.

He said doctors had done a post-mortem examination of both bodies.

Wutthinan Lodthong, 39, of Roi Et province, died at the rehab centre around 3.30am on Sept 17.

Police and a doctor examined the body. He died of heart failure.

The other man was Theeraphan Manadee, 26, of Roi Et, who died around 3.20am on Sept 6.  Police and a doctor jointly examined his body and the doctor concluded he died of a lung infection, the Dan Makhamtia police chief said.

Mr Jeeraphan on Wednesday posted a video clip featuring the raid on the temple rehab centre on his Facebook page.  In the video, he is accompanied by a crowd of reporters 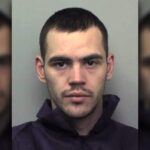 High risk rapist with gun tattoo goes on the run 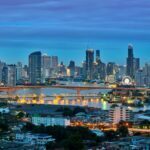